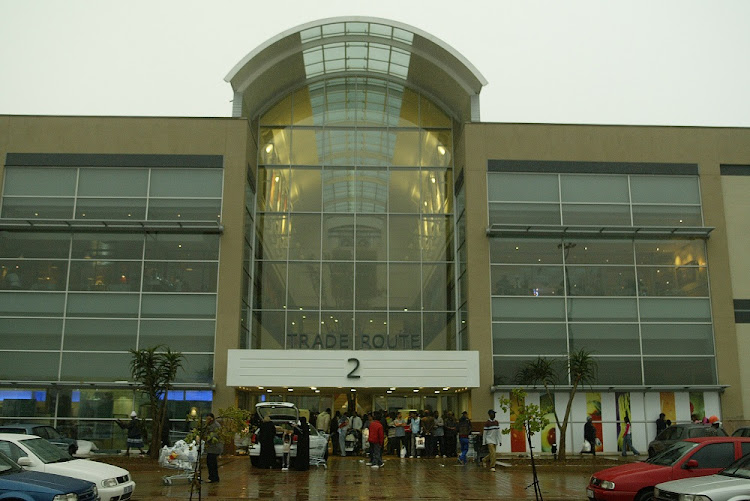 Management of the Trade Route Mall in Lenasia in the south of Johannesburg have confirmed that a ceiling panel in the court area outside the cinema in the complex collapsed due to flooding of gutters and resultant blockages caused by hail on Saturday.

Initial reports indicated that the roof had collapsed at the centre‚ however‚ management pointed out that this was not the case.

It added that the top floor of the centre was under water and that clean-up operations were under way by the onsite staff.

“There have been no injuries‚ nor casualties reported within Trade Route Mall‚” it stated.

“Unfortunately‚ Fruit and Veg City‚ across the road‚ did have an incident where it is believed that a portion of their roof collapsed‚ and to our knowledge at this time‚ two people have been treated for injuries‚” it added.

The mall’s owner‚ Yaseen Valli‚ confirmed that there were no injuries at Trade Route Mall.

He said on Saturday night “a comprehensive emergency clean up procedure has been implemented by the Senior Management Team who are all on-site”.

All Centre operations and facilities would continue as per usual from Sunday‚ he added.

“Trade Route Mall’s priority is the safety and security of our customers and employees‚ and we will take whatever measures are deemed necessary to ensure this.”