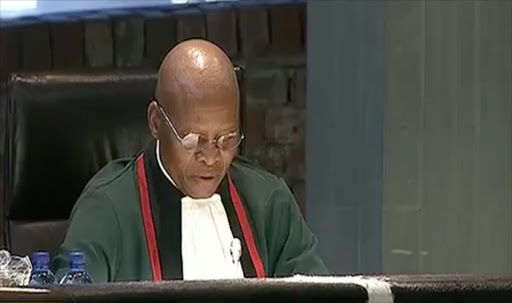 The parallel use of English and Afrikaans as the medium of instruction at the University of the Free State (UFS) led to Nelson Mandela’s “worst nightmares” coming true.

This is what Chief Justice Mogoeng Mogoeng said on Friday in the Constitutional Court when he delivered judgment in the matter between the UFS and civil rights group AfriForum.

“The use of Afrikaans has unintentionally become a facilitator of ethnic or cultural separation and tension. This has been so from around 2005 to 2016. Its continued use would leave the results of white supremacy not being redressed but being kept alive and well. It is for that reason that a policy revision or intervention has since become necessary‚” he read.

The matter was then taken to the Supreme Court of Appeal (SCA) in Bloemfontein before it was heard by the Constitutional Court.

In its year-end message‚ the SACP demanded to know where the money to fund free higher education will come from.
News
4 years ago

Mogoeng said in a majority ruling that the university’s current language policy is lawful and denied AfriForum leave to appeal.

The university will continue to use Afrikaans during tutorials and in the theology and the education departments‚ because “there is a marked demand” for it.

Mogoeng said the right to mother tongue education is not unqualified and must reasonably practical.

“It will be unreasonable to slavishly hold onto a language policy that has proved to be the practical antithesis of fairness‚ feasibility‚ inclusivity and the remedial action necessary to shake racism and its tendencies out of their comfort zone‚” he said.

No order was made on the costs of the application.