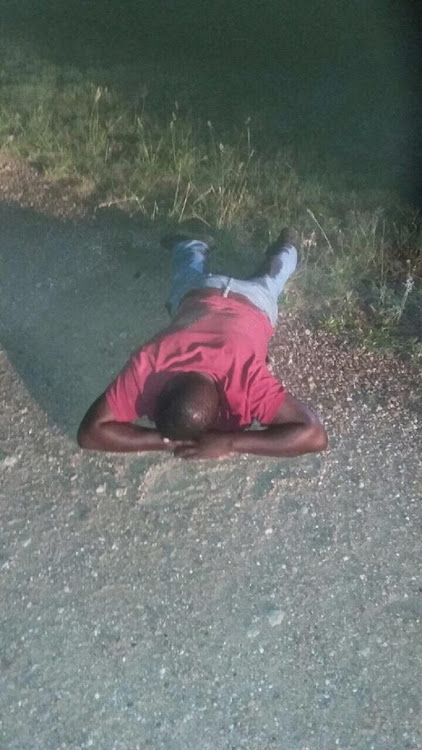 A wounded suspect lies on the ground after a police speed chase.
Image: SUPPLIED

A dramatic high speed chase by Limpopo police on Thursday morning led to the rescue of a kidnap victim and the arrest of a suspected member of a kidnapping syndicate who was wounded during the ensuing shootout with police.

Limpopo police spokesperson Lieutenant-Colonel Moatshe Ngoepe said police received information about an alleged kidnapping of a Thohoyandou businessman that was in progress.

He said an intelligence-led joint operation involving the Provincial Tracking Team‚ Crime Intelligence and the Provincial Detectives‚ intercepted a kidnapping syndicate between Wednesday and Thursday morning.

Ngoepe said the operatives immediately sprang into action and a joint sting operation was activated.

He said the suspects demanded a ransom‚ which TimesLIVE understands to have been R6-million‚ from the family members of the kidnapped businessman before they would release him.

"After they ordered the family to drop the ransom money at a particular point in Polokwane‚ the members monitored the drop-off point until about 1am on Thursday morning when the transaction started. Police approached the suspects and ordered them to surrender‚ but they sped off and a vehicle chase ensued‚” Ngoepe said.

He said the suspects opened fire on police‚ who returned fire during a high speed chase along the R81/ Polokwane and Mooketsi road. The chase ended about 43 kilometres from Polokwane when the driver of the suspects’ car lost control. 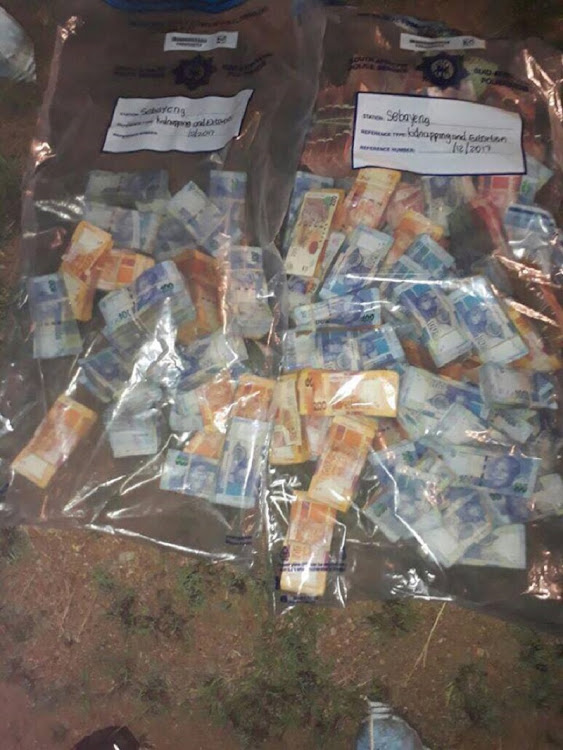 He said one suspect managed to flee while the second suspect was arrested and the kidnapped businessman was successfully rescued without any harm.

Ngoepe said the arrested suspect will appear before the Thohoyandou Magistrate’s Court soon on charges of armed robbery‚ kidnapping‚ impersonating a traffic police officer and extortion.

He said police were on the hunt for the second suspect who has since been identified.

Ngoepe would however not confirm the ransom amount‚ saying this was part of the investigation. He however did say that it was several million rand.

Provincial Commissioner Lieutenant-General Nneke Ledwaba has commended the team for its professional response to the incident.

“Criminals out there who are still trying their dirty tricks in any way to terrorise our communities‚ will be dealt with mercilessly and without compromise‚” Ledwaba said.