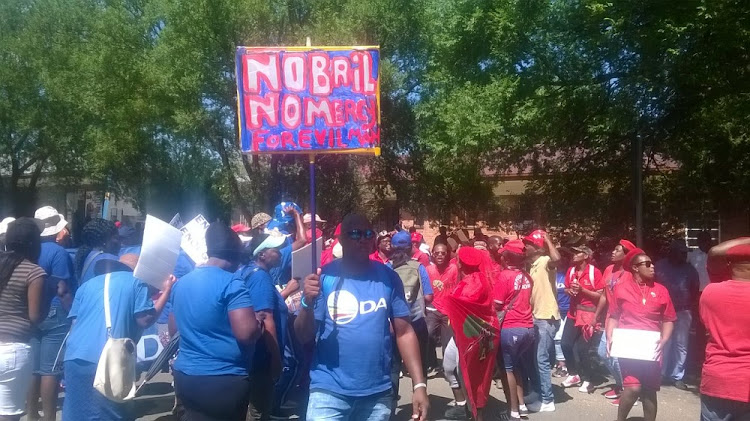 The man arrested for allegedly raping his domestic worker and then forcing her to perform sexual acts on his dog has abandoned his bail bid‚ the National Prosecuting Authority said on Thursday.

The suspect appeared in the Bronkhorstspruit Magistrate's Court amid heavy protest action‚ with the public calling for justice to be served.

The suspect is not being named until he has pleaded. He faces a string of charges‚ including rape‚ sexual assault‚ kidnapping and malicious damage to property.

The 41-year-old domestic worker alleged that the 45-year-old suspect dragged her into a room in the house‚ where he allegedly raped her until the early hours of the next day‚ police spokesman Captain Mavela Masondo said.

"It is further alleged that the suspect then forced the victim to perform sexual acts on his dog. The police were alerted about this gruesome act and reacted swiftly to arrest the perpetrator‚" he said.

In a statement‚ the provincial commissioner of police in Gauteng‚ Lieutenant General Deliwe de Lange‚ assured the accuser and her family "that the police will ensure that the suspect is brought to justice‚ and if found guilty‚ he must pay dearly for his evil and barbaric acts".