BREAKING: Coffin assault accused sentenced to more than 10 years each 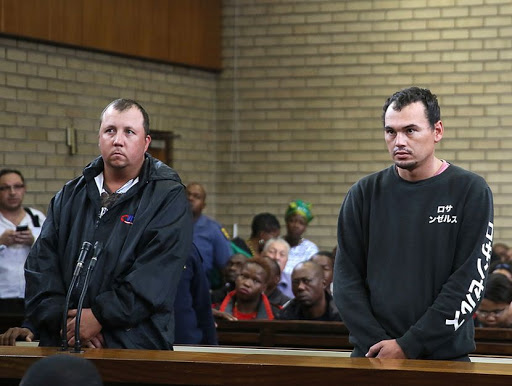 Two men have been sentenced to prison terms of more than 10 years each for abducting Victor Mlotshwa and forcing him into a coffin.

Theo Martins Jackson and Willem Oosthuizen were convicted in August on charges of attempted murder‚ assault with intent to do grievous bodily harm and kidnapping.

Coffin assault victim's links to the ANC in the spotlight

Oosthuizen received an effective sentence of 11 years‚ while Jackson will spend 15 years behind bars.

The pair took a video of Mlotshwa being forced into a coffin‚ which sparked national outrage when it hit social media. The video was admitted as evidence by the court during the bail application of the two.

During sentencing arguments‚ prosecutor Robert Molokoane accused Jackson and Oosthuizen of lying about feeling remorse for the crimes.