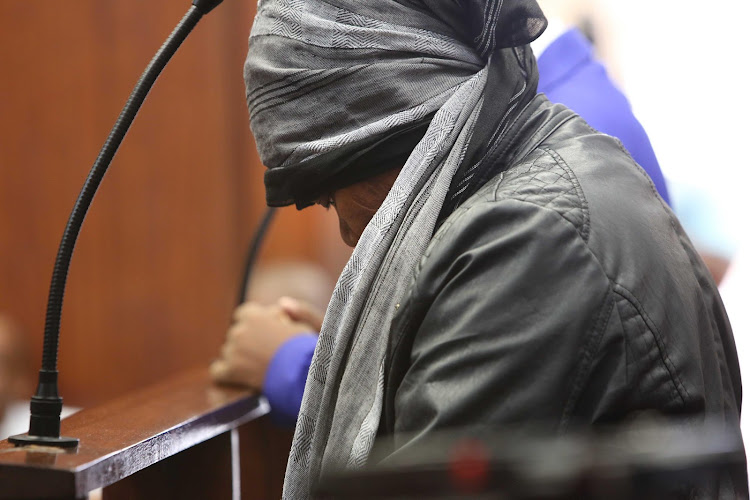 It was a story that gripped the country.

One-month-old Siwaphiwe Mbambo was missing after a hijacking on a Friday afternoon in March, and Durbanites - and the rest of the country via social media - went on the search, as #HelpFindDurbanBaby and #BabySiwaphiwe trended.

As it would turn out, the baby was not kidnapped, but was rather taken by her biological father as part of a plot hatched by the mother, Sbongile Mbambo. And on Wednesday, Mbambo came clean for the first time on her role, pleading guilty to crafting the ruse, which set police on a province-wide manhunt for her "missing" child.

She, along with her secret lover Phumlani Mbokazi, the child's father, were arrested after they misled police into carrying out a massive two-day search for Siwaphiwe after a "hijacking" outside the City View shopping centre in Greyville, Durban, that had people around the country praying for the safe return of the baby.

The lovers faced charges of fraud and defeating the ends of justice.

The publication revealed, just three days later, however, that a secret love affair lay at the heart of the baby's abduction, which culminated in a car chase and Siwaphiwe being found with her kidnappers.

Mbambo, a primary school teacher, unpacked her web of lies in a plea statement read into the record in the Durban Regional court on Wednesday.

In the statement she admitted to defrauding the South African Police Service in spurring their search for a child who was never actually missing, defeating the ends of justice and making a false statement.

“I admit that I made a false report of being a victim of robbery with aggravating circumstances wherein I indicated my motor vehicle was hijacked from me and made a statement that the assailant also kidnapped the child who was in the vehicle during the robbery. I admit that my actions were wrongful and unlawful,” the statement read.

She is expected to return to court in January for sentencing procedures.

Pretoria mother arrived at a day care centre only to be told her five-year-old son had been released to a total stranger.
News
4 years ago

The four men who were arrested in connection with the alleged attempted murder and kidnapping of Mzwandile Ntuli have been released from custody.
News
4 years ago

A Soweto mother yesterday relived the horror of the night her 14-month-baby was kidnapped during a house robbery in 2016.Testifying in the Protea ...
News
4 years ago
Next Article