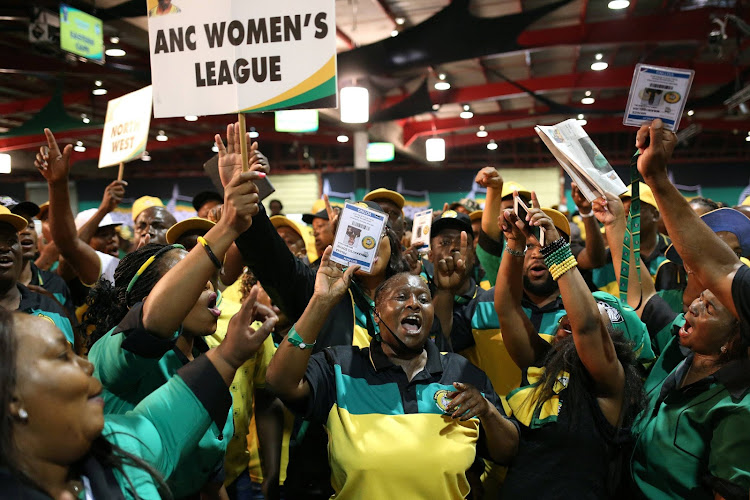 ANC veterans have warned that the party should re-evaluate its internal democracy‚ following a series of court cases in which ANC members from across the country have complained about irregularities in the election of provincial officials and the selection of delegates to attend the party’s elective conference.

The start of the conference was delayed on Saturday as the party’s National Executive Committee met to discuss the outcomes of judgments which were handed down on Friday.

The High Court in KwaZulu-Natal‚ Free State and the North West ruled in favour of disgruntled ANC members in three separate cases on Friday.

The court rulings have effectively barred 106 delegates from those provinces from participating in the crucial elective conference.

“Today‚ the ANC’s elective conference has started against a backdrop of court action by members who feel the constitution of our movement‚ and our national constitution have been violated in the election of delegates to conference and the provincial decision-making processes.”

“This is a clear articulation of but one of the many challenges our movement faces‚” the stalwarts said in a statement.

“We cannot have a political party unnecessarily divided because its own leadership fails to ensure its internal democratic systems are fair‚ corruption free and pass the constitutional requirements that‚ ironically‚ the ANC created.”

Some ANC members have criticised the court rulings‚ questioning their timing and arguing that the judiciary has over reached.

ANC Youth League president Collen Maine has gone so far as to accuse judges of seeking to influence the outcome of the elective conference in favour of Deputy President Cyril Ramaphosa.

The stalwarts criticised such statements‚ saying there have been some “pathetic attempts to blame the judiciary for our own failings”.

“Rhetoric against the judiciary adds no value and is an unnecessary diversion from the very real need for the ANC to confront its failure to transform into a modern political party‚ from its role as an underground national liberation movement fighting against the oppressive forces of apartheid‚” the statement said.

The group of 101 stalwarts‚ who include former Rivonia trialists‚ came together in October 2016 under the “For the Sake of our Future” banner.

Outgoing ANC president Jacob Zuma did not eat‚ drink or dance at a glitzy “last supper” to bid him farewell.
News
4 years ago

Delegations express their preference for ANC president in song

The ANC’s plenary hall is filling up as delegations compete in song for or against presidential hopefuls Dlamini-Zuma and Ramaphosa.
News
4 years ago

Four Khoisan men are threatening to camp outside Nasrec until a member of the ANC Top 6 hears their demands.
News
4 years ago

Delegates to the ANC national conference are expected to push hard for a generational mix among those elected as members.
News
4 years ago
Next Article