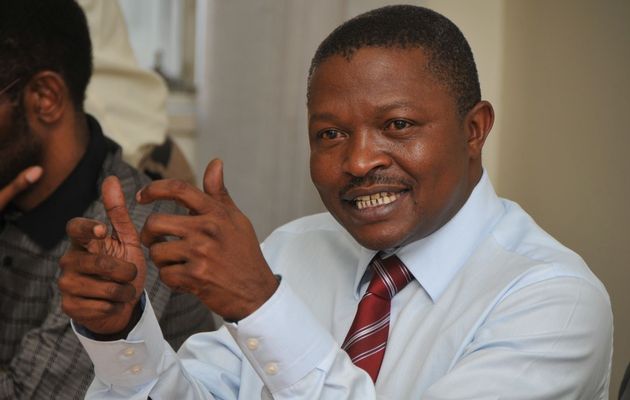 Delegates to the ANC national conference are expected to push hard for a generational mix among those elected as members of the National Executive Committee (NEC).

The publication has learnt that delegates‚ particularly from the Eastern Cape‚ are in a drive to nominate youthful leaders to serve in the NEC and are canvassing other provinces to follow suite.

Some of these young leaders that the Eastern Cape delegation has nominated and are canvassing for are former and current ANC Youth League leaders that have served in both national and provincial structures.

Delegates attending the ANC national elective conference are expected to discuss a number of important policies.
News
4 years ago

Mabandla‚ who is also a businessman and a traditional leader‚ has been instrumental in persuading the province to nominate Mpumalanga chairman David Mabuza as the deputy president.

He and other pro-Mabuza members in the Eastern Cape have been campaigning for the province to consider Mabuza as their preferred candidate for second in command.

However the province nominated ANC Treasurer Zweli Mkhize as its preferred candidate for the deputy president position‚ with him beating Mabuza by a few nominations.

A delegate from the Dr WB Rubusane Region (formerly known as Buffalo City Region) said that they are busy drumming up support for these candidates to be included in the NEC additional members.

“We can not continue being led by these old people only. We need young and fresh ideas in that NEC. We know it will not be easy convincing everyone but we are going through with this‚” the delegate said.

Most of the proposed leaders that the Eastern Cape wants to include in the NEC served in the ANC Youth League during the time Julius Malema was president. Subsequent to its elective conference in August the province came out in support of deputy president Cyril Ramaphosa to succeed President Jacob Zuma.

“We are building future leaders and presidents here‚ as the ANC we should have a succession plan. Why must we have old people in the NEC and the top 5? Who will take over from them?” said another delegate from the Alfred Nzo region.

ANC conference as it unfolds LIVE

Follow the ANC 54th national conference as it elects a new president and decides on policy for the next five years.
News
4 years ago

From 2018 onwards‚ eligible SA children will be able to access public universities and TVET colleges for free.
News
4 years ago
Next Article