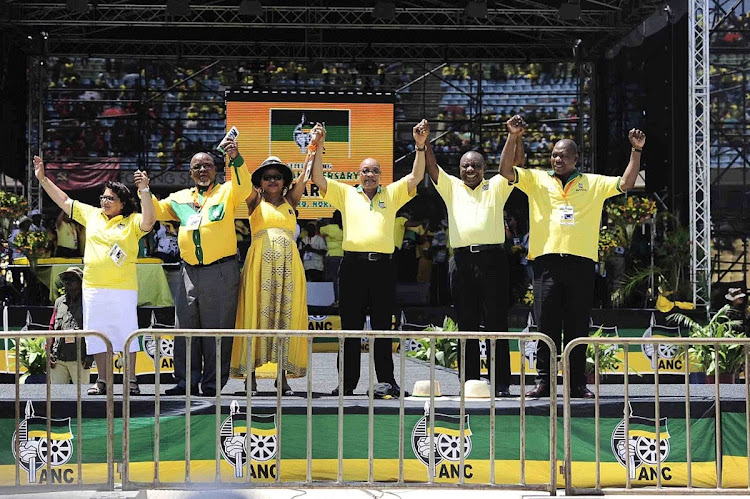 Four Khoisan men led by Chief Khoisan SA are threatening to camp outside Nasrec Expo Centre in Johannesburg until a member of the ANC Top 6 hears their demands.

The group walked from the Eastern Cape‚ demanding to hand over a memorandum of grievances to President Jacob Zuma.

They want government to recognise Khoisan as the First Nation of South Africa‚ they want their language to be made official plus the land claims of 1913 and the Coloured identity to be scrapped.

"We walked more than 1‚200 kilometres from Port Elizabeth to hand over our memorandum to the president or the deputy president of South Africa.

"We first camped outside the Unions Buildings for the past week and we have not been received by the president.

Delegates to the ANC national conference are expected to push hard for a generational mix among those elected as members.
News
4 years ago

"We decided to come here since the president and members of the top six will be here for the next five days‚" said Chief Khoisan SA.

The group was denied access to Nasrec by police because they are not accredited to attend ANC's 54th national conference.

They are walking around Nasrec checking if they might be allowed in one of the gates.

"We won't leave Nasrec until the ANC president or someone from the top six collects our memorandum.

"If we have to die because of hunger and the heat‚ the ANC must take responsibility‚" he said.

Minister in the Presidency Jeff Radebe previously met with the group‚ but they insist they will only head back home after meeting Zuma or a member of the ANC Top Six.

Gigaba calls for radical transformation of economy and inclusive growth

Gigaba fired the first shots at the ANC national conference‚ calling for radical transformation of the economy.
News
4 years ago

Delegates attending the ANC national elective conference are expected to discuss a number of important policies.
News
4 years ago