History in the making... How the ANC will elect its new leader 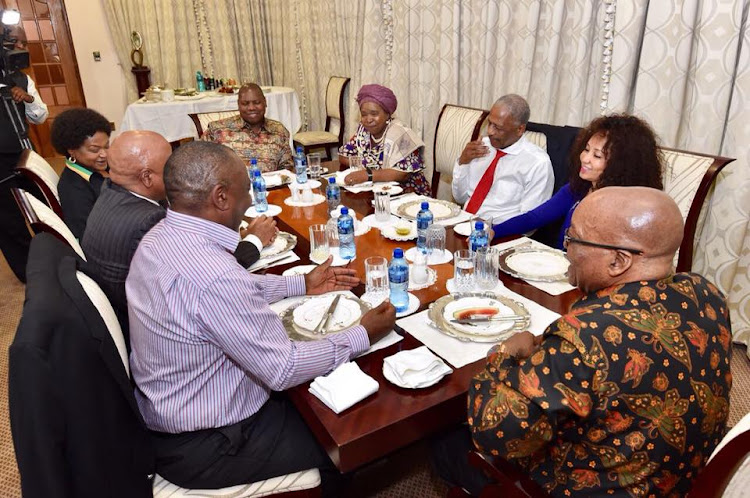 South Africans from all walks of life will have their eyes locked on the ANC when it holds its elective conference at the Nasrec Expo Centre in Soweto from December 16 to 20.

As we enter the last week before the conference commences‚ local and international journalists will be checking who branches from various provinces have nominated to take over the reins from President Jacob Zuma‚ who has been at the helm of the party since 2007.

Over 3‚000 branches have nominated their preferred leaders at their respective provincial general councils held over two weeks.

Branches may seem less important‚ but as Zuma often says in vernacular at KwaZulu-Natal ANC events that he has attended throughout the year‚ "Amandla asemasimeni‚" loosely translated: "The power is in the branches."

The ANC branches instruct their delegates or representatives who will be attending the conference to carry the mandate of that particular branch. But that mandate isn't always executed as the buying of votes has become common when it comes to conferences of this magnitude.

Branches nominate the party's top six leadership as well as 80 additional national executive committee members. This is no ordinary conference. It is the 54th national elective conference and the first of its kind‚ with seven presidential candidates vying for the top job.

Ramaphosa or Dlamini-Zuma are deemed the front-runners to be elected the new leader and face of the ANC. Whoever is elected‚ will have a tough task ahead of them as they will have to work towards restoring the image of the ANC ahead of the 2019 national elections.

The winner needs over 2‚500 votes to become the new leader of the ANC. In order for a branch to be legit‚ it must consist of no less than 100 members in good standing. Each voting delegate is permitted one vote.

There are currently 5‚240 voting delegates‚ with KwaZulu-Natal having the biggest number. As it stands‚ KZN is fighting to add 100 members. Mpumalanga‚ which has been labelled the "kingmakers" heading into this conference‚ has 736 voting delegates.

Ninety percent of voting delegates are made up of 4‚731 branches‚ while 10 percent is made up of the ANC's three electoral colleges: the women's‚ youth and veterans' leagues. Provincial executive members will also be allowed to vote.

While the ruling party has an internal electoral commission‚ which consists of stalwarts and observers representing each province‚ the ANC also has an independent electoral agency that will oversee and administer the elections.