Ex-chief prosecutor 'did not ask to leave' 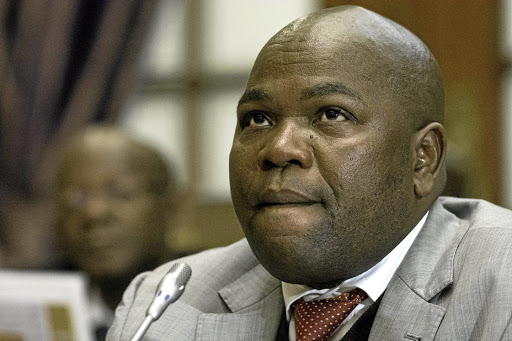 Zuma gave the ex-national director of public prosecutions (NDPP) boss a golden handshake of R17-million in 2015. This paved the way for him to leave the National Prosecutions Authority after serving 22 months of his 10-year tenure.

Corruption Watch, Freedom Under Law and the Council for the Advancement of the South African Constitution brought an application to have the settlement reviewed and set aside.

In their court papers, they ask the court to declare the that Nxasana is still the NDPP, that he refund the state the R17-million and that current NDPP Shaun Abrahams's appointment be set aside.

Advocate Wim Trengove, for the applicant, told the court the procedure Zuma followed to remove Nxasana was not in line with the law and the constitution. He said Nxasana did not request to leave office as the law stipulates, and said the termination of his contract was unlawful.

Nxasana fails in bid to secure condonation for late affidavit

Mxolisi Nxasana’s explosive affidavit has not been allowed into court proceedings about his settlement.
News
3 years ago

He told the court that the applicants' case concerned the independence of the NDPP, saying the reason why the top prosecutor has a 10-year non-renewable term was so that he does not have to curry favour with the president to secure a second term in office.

The other ways to remove him is if he had reached the age of 65 or was unfit to hold office. But the settlement agreement says "the president recognises that the NDPP is competent, sufficiently experienced and conscientious and has the requisite integrity to hold a senior public position both in the public and private sector".

Trengove said the circumstantial evidence before the court showed that Nxasana did not make the request.

The only way to remedy this, Trengove told the court, was to reinstate Nxasana as the NDPP.

The court disallowed Nxasana's affidavit in which he claims he never requested Zuma to allow him to vacate office as it was filed a year later.

Advocate Matthew Chaskalson said it was contrary to the principle of prosecutorial independence to allow the president to "get rid of a troublesome NDPP by just paying obscene amounts of public money".

Gauteng Judge President Dunstan Mlambo asked what Corruption Watch wanted the court to do with Abrahams's appointment, saying Nxasana had "named his price"