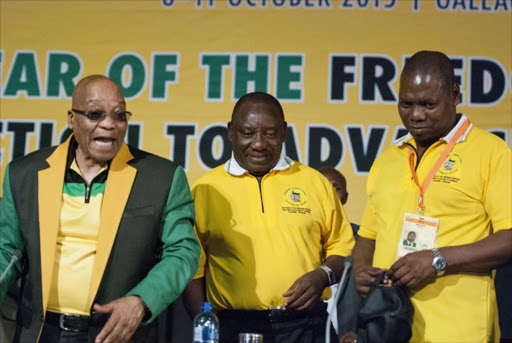 ANC treasurer-general Zweli Mkhize has dismissed the recommendations of the fees commission as “grossly inadequate”.

Mkhize‚ addressing a Young Communist League (YCL) summit on the decommodification of higher education in Johannesburg on Saturday‚ said the recommendations of the Heher Commission report would further burden poor students.

But he welcomed positive aspects of the report‚ especially the scrapping of university registration fees and free access to Technical Vocational Education and Training (TVET) colleges.

“We have seen lately the release of the [findings of the] Heher Commission. We all had high expectations of the commission but I must say that looking at the recommendations‚ it does appear to be grossly inadequate. In this case‚ there are a few aspects that I can say we welcome; the free access to TVET education. I think it is a step in the right direction and the issue of scrapping registration fees at universities‚” said Mkhize.

“The real challenge is that aspect of Income Contingency Loans. I think that the major challenge for all of us on this one is how that continues to create a disproportionate burden to poor students‚ where in principle they will struggle long after their peers might become self-sufficient and prosperous. So‚ we have a continuation of inequality even though you thought that the process of going through university with this payment system.”

Zweli Mkhize has blamed factionalism within the ruling party for hampering the battle against corruption.
News
4 years ago

Mkhize told the summit that the outcomes of the fees commission did not appear to have taken consideration of South Africa’s weak economy and financial burden on black graduate post-tertiary education.

“This issue is exactly what the concern has been among the students‚ particularly with an ailing economy like this one and the Black Tax that we talk about - the fact that many students don’t only have to deal with the loan but have to deal with the extended families and also with getting into the struggling of trying to create a sustainable livelihood themselves.

“Living in a complex society like ours‚ I think this does pose a challenge. I think [with these recommendations] something still needs to be done because‚ I don’t think as it stands‚ it offers the kinds of solutions students want‚” said Mkhize.

Student groups have widely criticised the Heher Commission’s final work for not pronouncing on the roll-out of free education.

The commission instead found that the state possessed little financial capacity to roll-out free higher education. It recommended instead that: - TVET education should be free for all - An amount of R50-billion be transferred from the surplus of the UIF towards developing the infrastructure of TVET colleges - Banks issue state-guaranteed loans for students and - Students with the means should pay while those granted loans re-pay when they reach a specific income level.

Mkhize also touched on events in Zimbabwe‚ saying there were lessons to be learned from the ousting of former president Robert Mugabe‚ by the army‚ after 37 years in power.

Mkhize suggested it was a blessing that South African presidents were limited to two terms.