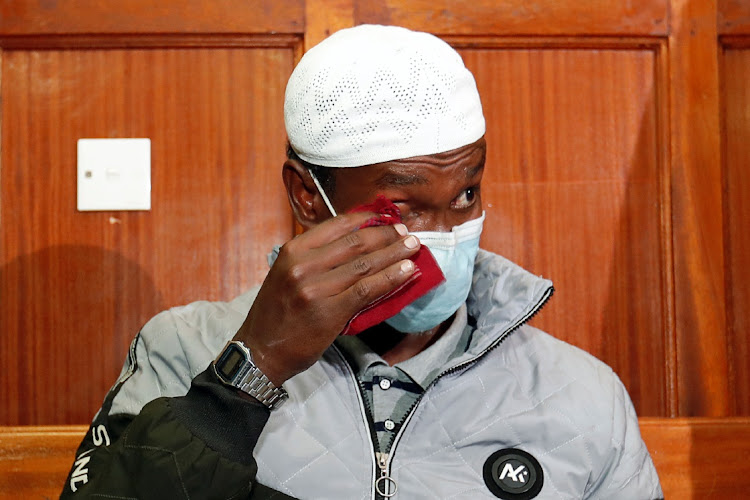 Gunmen abducted a man moments after he was released from state custody in the Kenyan capital a day after he was acquitted in one of the country's most high-profile terrorism cases, his sister told Reuters on Friday.

A Kenyan court had acquitted Liban Abdulleh Omar on Wednesday of charges of helping al Qaeda-linked Somali militants storm Nairobi's Westgate shopping mall in a 2013 attack in which at least 67 people were killed. Two other defendants were found guilty of assisting the jihadist attackers.

The abduction occurred on Thursday as Omar was in a taxi accompanied by some relatives heading home after anti-terrorism police freed him that morning, according to his sister Sahara Abdulle Omar, who was in the vehicle.

Minutes after the taxi departed the police station, another vehicle forced it to stop, several men jumped out of the car, pulled Liban out of the taxi and took him away, Liban's sister Sahara said by phone.

Gunmen from the Islamist militant group al Shabaab stormed a university in Kenya and killed at least 147 people on Thursday, in the worst attack on ...
News
7 years ago

"They were armed, more than five of them. They took my brother by force and sped away," she said.

She said the gunmen were wearing civilian clothes along with face masks many Kenyans now wear to protect themselves from the coronavirus pandemic.

Omar's lawyer Mbugua Mureithi told Reuters he believed that his client was abducted by Kenyan anti-terrorism police, though he did not offer evidence to substantiate the claim.

Wednesday's verdict marked the end of the only prosecution Kenya has mounted over the 2013 shopping mall assault by Somali al Shabaab militants that left at least 67 people dead.

The attack on the upscale mall - frequented by the country's growing middle class and foreigners - came two years after Kenya sent troops into Somalia following a series of kidnappings and raids on Kenyan soil claimed by al Shabaab.