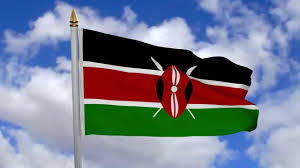 Kenyan land rights activists are calling on the government to speed up the implementation of a communal land rights policy that was passed in 2016, which they say would protect farmers from such incursions.

Lechodede Lbang'a has managed to keep farming for more than 40 years, even through northern Kenya's worsening drought, but now he worries that his main source of income faces a threat more immediate than climate change: the military.

Lbang'a, 62, said for the past decade the Kenya Defence Forces (KDF) have been taking over pieces of communal farmland belonging to him and his fellow farmers in Karare village to build bases and outposts, with little warning and no compensation.

"The military has occupied our land. They have cleared vegetation where our livestock grazes. I fear that the next thing they will do is to evict us from our ancestral land," the father of 10 told the Thomson Reuters Foundation at his home.

Now, land rights activists are calling on the government to speed up the implementation of a communal land rights policy that was passed in 2016, which they say would protect farmers from such incursions.

There is no reliable data on how much communal land the military has occupied in northern Kenya over recent years.

But Hambule Paleisa, a community rights activist in Marsabit county, where Karare is located, estimates that the military has claimed some 5,000 hectares (12,355 acres) in the county since 2012, affecting more than 200,000 indigenous people.

Paleisa and other land rights advocates say the land takeover is in violation of the 2016 Community Land Act, which made indigenous communities the rightful custodians of the land they live on.

From medicine to recycling, 6 African start-ups doing business for good

As Africa tunes into the burgeoning movement of business for good, young people across the continent are finding innovative solutions to problems ...
Business
2 years ago

"The people have not been compensated for the forceful occupation of their land by the military," said the activist.

Tensions over land between locals and the military have been troubling the country's northern region for years, partly due to the armed forces' quest to widen their presence in their battle against the Somali militant group al Shabaab, Paleisa said.

He added that in an attempt to resolve the issue, villagers have been sending delegations of elders to speak with military commanders and the member of parliament for the area, Ali Rosa.

"Efforts by community elders to seek dialogue with the (military) have been declined every time they tried," he said.

Rosa said in a phone interview that land issues are still mainly under the purview of the national government, so he is unable to secure the removal of the KDF from the area.

"My role is to mediate between the military and the community on the issue of land so that farmers and herders are not adversely affected by the occupation," he said.

Federal government spokesman Cyrus Oguna and the KDF did not respond to requests for comment.

As drought and a boom in housing development eat away at available grazing land, clashes over pasture between neighbouring communities have become common in Kenya's northern regions.

Farmers say the military's moves into communal land escalate these conflicts, forcing them to travel to feed their animals and making them vulnerable to livestock bandits and clashes over pasture with nearby communities.

Lbang'a said the KDF began taking pieces of communal land in Karare in 2012, when military commanders approached village leaders requesting some space to pitch tents as they drilled water boreholes for the community.

The villagers donated some land - nobody knows how much exactly because the process was done informally - assuming the military personnel would leave after they were done, Lbang'a said.

"They never left. Instead they set up a permanent base and secured the donated land for themselves," he said.

In January this year, a group from the KDF came again, settling on a fertile piece of land where the community has been growing food crops and herding livestock for years, the farmer said.

The military gave no warning before it cleared the vegetation and fenced off a section of the land, and never presented official documents showing they were authorised to occupy the land, Lbang'a said.

There is no record of how much land the military now occupies in the village, he added.

Part of the problem, said Paleisa, the community activist, is the government's delay in implementing the Community Land Act.

The text of the law recognises community land as that owned by groups with something in common - such as ancestry, ethnicity or "unique mode of livelihood" - and gives them the right to live and work on the land.

While there are no official figures on how much land is communally owned in Kenya, the U.N.'s Food and Agriculture Organization and other land experts estimate it is about 65%.

But for land to fall under the law, it must first be registered as belonging to the indigenous groups living there, Paleisa explained.

Land rights campaigners say so far the government has not registered any land held collectively in northern Kenya as communal land, making that land an easy target for takeover by the military.

"Communities owning land collectively are the ones paying the price for this omission," said Isaac Tobiko, a rights activist working with the Nareto Latia Indigenous Peoples' Program, a local charity.

The National Land Commission, which oversees the land registration process, did not reply to requests for comment.

The benefits that communities in northern Kenya get from their land goes beyond crops and herding, said Patrick Doke, a community rights worker in Karare village.

The land the military has occupied in the village is a rich source of red ochre, he explained, which the Rendille indigenous community - of which Doke is a member - use every day to paint their hair.

The occupied grounds also host a shrine and a space where the community used to perform circumcision ceremonies, but now are barred from entering, Doke continued.

Tungara Lasia, a 78-year-old elder from Karare, noted that the military structures in the village have blocked an elephant migration corridor, causing the animals to stray into people's homes.

The elephants have also been consuming the salt licks meant to nourish the livestock, he added.

Lasia said the villagers are also worried they might get caught in the middle of the fighting between the KDF and al Shabaab, pointing to reports of farmers being injured and killed by landmines on the border with Somalia.

"The presence of the military here is also putting our lives in danger," said the elder. "Our appeal to them is to leave our land and settle somewhere else."

Initiatives to restore African forests, decimated by loggers and land-hungry farmers, must include indigenous people if they are to succeed, experts ...
News
3 years ago

The knee-high dome on Ikung'u Kathimbu's farm in Weru village, eastern Kenya, shelters an unusual crop: a termite swarm. Kathimbu walks around the ...
News
5 years ago

Kenya's flourishing flower sector is not all roses for Maasai herdsmen

The shores of Lake Naivasha in Kenya's Rift Valley are dotted with bustling shanty towns but it has not always been like this. The local economy has ...
News
5 years ago
Next Article