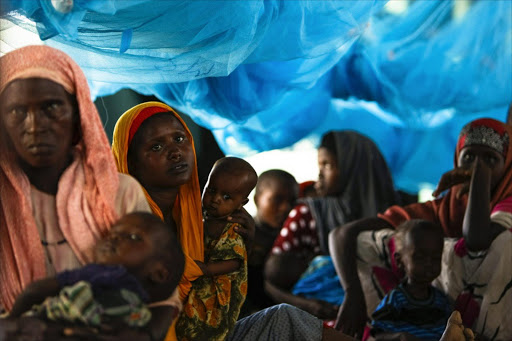 Kenya has ordered the closure of the Dadaab refugee camp by the middle of this year with the race now on to find homes for more than 210,000 people, according to a leaked internal United Nations document obtained by the Thomson Reuters Foundation.

Citing "national security concerns", the Kenyan government wrote to the United Nations refugee agency (UNHCR) on Feb. 12 about plans to close Dadaab within six months and asking the agency "to expedite relocation of the refugees and asylum-seekers residing therein".

Officials from Kenya's interior ministry did not immediately respond to requests for comment, but the UNHCR confirmed the plan.

"UNHCR is aware of the renewed call by the Government of Kenya to close Dadaab and is working with the government to continue to implement long-term and sustainable solutions for over 210,000 refugees living in the camp," said the UNHCR in a statement emailed to the Thomson Reuters Foundation.

"These include voluntary returns, third country solutions such as resettlement, sponsorships, family reunifications and labour migration, as well as relocations in Kenya, including at Kakuma refugee camp and Kalobeyei Settlement."

Located in eastern Kenya, Dadaab was established almost 30 years ago and was once the world's largest refugee camp, at its peak providing shelter to about half a million people who were fleeing violence and drought in neighbouring Somalia.

Kenyan authorities announced plans in 2016 to shut Dadaab, citing concerns that Somalia-based al Shabaab militants were using it as a base to plan attacks in Kenya.

But the High Court blocked the move in 2017, saying it was unconstitutional and violated Kenya's international obligations.

Human rights groups criticised the renewed push to close Dadaab, saying it threatened the rights and safety of the mostly Somali refugees, who could be forced to return home.

"The authorities should ensure that any refugee returns are voluntary, humane, and based on reliable information about the security situation in Somalia," said Otsieno Namwaya, Africa researcher at Human Rights Watch (HRW).

"Forcing them to go back to face violence or persecution would be inhumane and a violation of Kenya's legal obligations."

HRW said although the specific reasons for the renewed demand to close Dadaab were not clear, Somali refugees were often blamed by Kenyan government officials for terrorist attacks in the country, although no evidence has been provided.

According to the U.N. document, UNHCR has helped almost 83,000 people return to Somalia voluntarily since 2015.

Kenya said yesterday it had agreed to delay the closure of a teeming Somali refugee camp that it sees as a security risk, after international ...
News
5 years ago

As Somalia descended into civil war, Dadaab was established by the United Nations in 1991, and has since mushroomed, with more refugees streaming in, uprooted by drought and famine as well as on-going insecurity.

Many have lived there for years.

Kenyan government restrictions mean refugees cannot leave the camp to seek work so people have few ways to earn a living other than rearing goats, manual labour and running kiosks and rely on food rations, much of these sent by foreign donors.