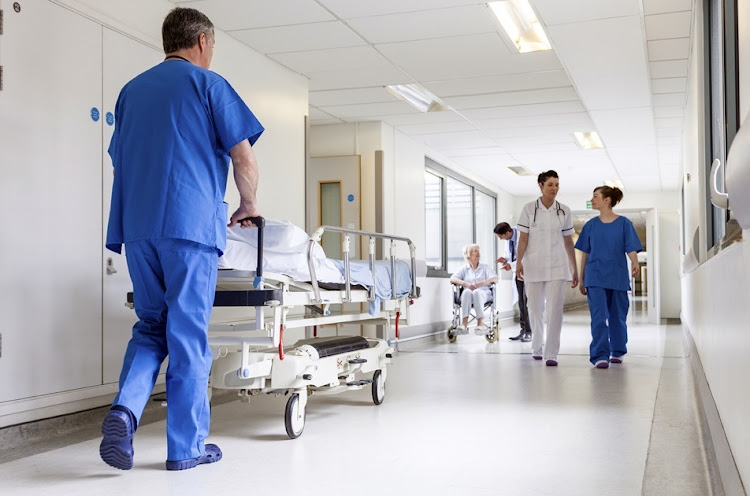 A baby born in a minibus taxi in Soweto a week ago is alive and healthy, says the health department.
Image: Gallo Images/Thinkstock

Nearly a week after a video of a woman who had just given birth to a baby inside a minibus taxi went viral, the Gauteng health department said the baby was alive and healthy.

In a video circulated on social media, a man can be heard shouting about a nurse allegedly refusing to attend to the woman, who sat in the taxi with a newborn between her legs.

The man further shouts: “I am not fighting, I am fighting her statement that she won't help her because they deliver at labour ward, not inside the car, the baby is already here ... And she’s telling us that she won’t help her.”

Action must be taken against the nurses who refused to attend to a pregnant woman until she gave birth in the car in Chiawelo clinic yesterday @jozifm @Effgroundforces @kgomotsot94 pic.twitter.com/SyzrAxtQ1T

But the department denied the allegation that the nurse refused to help.

“The patient was received by the security guard at the labour ward, who informed the nurses that there was a patient who delivered in the car. The nurse went to the car where the patient delivered to assess the condition of the patient,” said Mogeru Morewane, chief director of the Johannesburg health district.

When the nurse got to the mother, she noticed the baby was not yet separated from the mother, as the placenta was still inside the woman.

“The nurse went back to collect the delivery instruments and she attended to the patient,” said Morewane.

A week later, the department said it had met the family for a redress meeting and that an investigation would be launched.

“The reports have been received from nurses who were on duty, and an investigation will be resumed for fact-finding,” she said.

Morewane said though the child was healthy, the mother lost a lot of blood and suffered “multiple vaginal lacerations that were sutured”.

She was later referred to Chris Hani Baragwanath Academic Hospital for further treatment.

A 17-year-old heavily pregnant pupil on Friday had to be rushed to hospital after she had endured "excruciating" labour pains to complete writing ...
News
2 years ago
Next Article