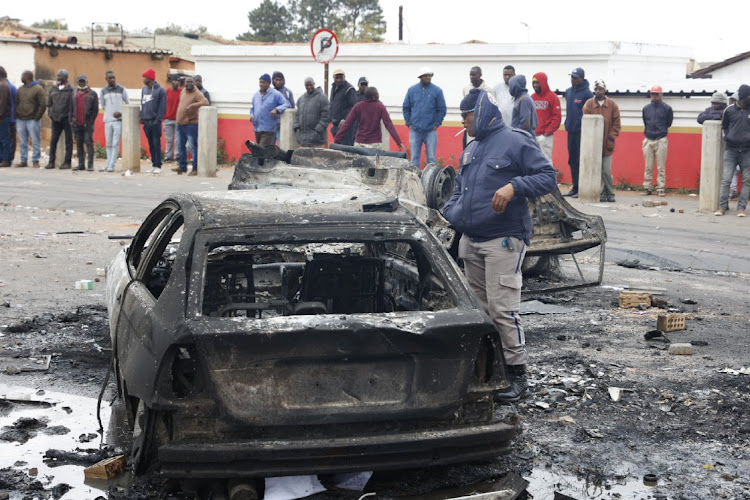 Tembisa residents are complaining that the City of Ekurhuleni has done away with an electricity benefit meant for the poor.
Image: Thulani Mbele

Poor families in Tembisa, on the East Rand, say they have been removed from the indigent programme by the City of Ekurhuleni and no-one is able to explain why.

To make matters worse, Ekurhuleni mayor Tania Campbell has failed to meet the community to provide answers on the matter and electricity issues that led to violent protests in the township on Monday and left people dead.

Valencia Mdali, 71, who spoke to Sowetan on the sidelines of a visit by co-operative governance and traditional affairs (Cogta) MEC Lebogang Maile to the area, said poor residents were at a disadvantage and no clear explanation for why they were removed was provided.

"I have been on the programme for five years and I have been paying between around R500 and R600 for rates. I noticed around March that my rates were going up. I was paying close to R800," the pensioner said.

"I went to enquire at our local municipal offices in April and the officials there couldn't explain why."

Valencia, who lives with two unemployed daughters and three grandchildren, said she could hardly get by on her pension grant.

"I still have to buy electricity, which sometimes costs over R500. How much am I left with to survive?"

During a community meeting last week, she and another resident, Moses Mokoena, 61, learnt that residents had been struck off the indigent programme and would have to reapply.

Mokoena said when his application expired in April, he reapplied to be placed back on the programme but received no response.

"I found out from MMCs that everyone had been struck off the programme and we needed to reapply, I didn't know it had been cancelled.

"When my rent kept fluctuating between R700 and R800, I went the offices to check my status but they would say I should keep on waiting, only to find out the programme is no longer there.

"We are really drowning here, it's too much to pay for."

Campbell told members of the media that the programme had just been enhanced to benefit the poorest of the poor.

"There weren't really any changes made to the programme. In fact, we have just enhanced it by bringing in the debt relief policy," she said.

"There are systems that need to be followed for indigents to qualify."

When asked what necessitated the changes, why and what those changes were, Campbell said she would be giving a full briefing to members of the community at a meeting on Friday.

Maile said Cogta as an oversight body would be looking into some of the issues raised by residents and would assist the municipality to find solutions.

"People have the right to protest and make their voices heard. But the municipality and its leaders also have the responsibility to listen to the people and that is what we will ensure."