Legal purchase of cigarettes unlikely before May 26, even as industry challenges ban 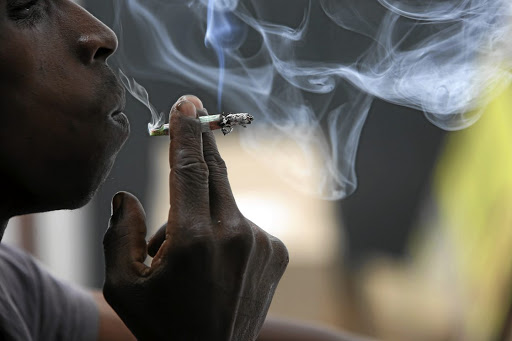 Smokers could be in for a long haul as court challenges to the ban on the sale of tobacco products get under way.
Image: JACKIE CLAUSEN

The organisation filed papers at the Pretoria high court on Monday.

On May 12, the court is expected to hear the application to declare that tobacco products fall into the category of agro-processing and constitute permitted goods and for the export of the products to be permitted.

President Cyril Ramaphosa announced previously that at the end of the level 5 lockdown on April 30, the sale of tobacco products would be permitted. However, last Wednesday, co-operative governance & traditional affairs minister Nkosazana Dlamini-Zuma said the ban would remain after public comments advised against it.

“Government took that into consideration, debated the merits, looked at it and decided that we must continue as we are when it comes to cigarettes and tobacco products and related items that we should not open up for sale,” she said.

The Sunday Times quoted minister in the presidency Jackson Mthembu at the weekend as saying the government was willing to take its case to court, as it has valid reasons for insisting on the ban.

A public petition calling for cigarettes and tobacco products to be sold legally has so far garnered 494,147 signatures.

Suspects nabbed in Kraaifontein with illicit liquor, drugs and cigarettes

Police in Kraaifontein arrested a 46-year-old woman on Thursday for possession of presumed stolen property, dealing in liquor and drugs as well as ...
News
2 years ago

An estimated R3-million worth of counterfeit cigarettes were seized from a warehouse in Phoenix, north of Durban, on Sunday.
News
2 years ago
Next Article