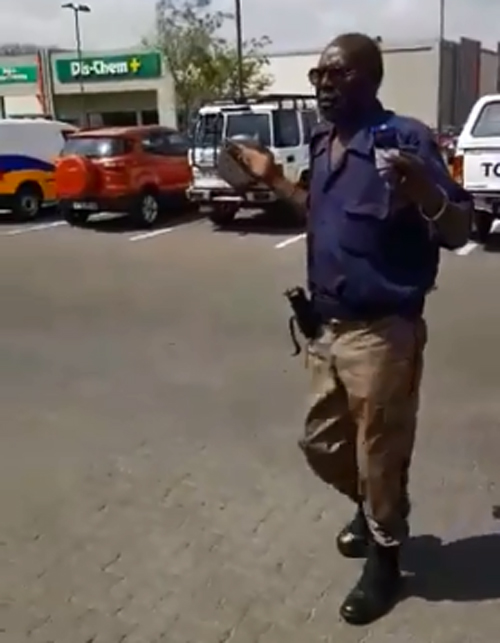 One of the men known for stopping motorists for drunk driving has been caught in the act – drunk and on duty.

A video taken by a concerned resident has been shared on Twitter showing an Ekurhuleni Metro police officer drunk while in full uniform.

The officer was captured on camera struggling to even speak or stand upright at a parking lot. In the video shared by @CitrusRamaphosa, the officer can be seen holding a phone and cigarettes in his left hand and residents immediately take a video of him.

“Is everything alright,” the officer mumbles to the residents who are taking the video as the officer's colleague keeps on urging him to leave.

The female colleague ultimately wins and pulls the officer to an EMPD vehicle.

As he gets into the vehicle, the man taking the video continues to call for him to be tested.

“I’ve been asking them to test you and they have refused. That’s why we’ll  post this on Youtube and Facebook. We asked for you to be tested and they refused,” the man  said.

Finally, the officer’s colleague succeeds in getting him into the car while the residents read out the vehicle registration.

“People of SA, I have seen the video of the drunk metro police [officer] and be rest assured relevant authorities in the administration are handling the matter and will accordingly report. I know it’s a matter of public interest so will share the ACTION taken,” Masina tweeted.