Woman and child killed in bed as wall collapses 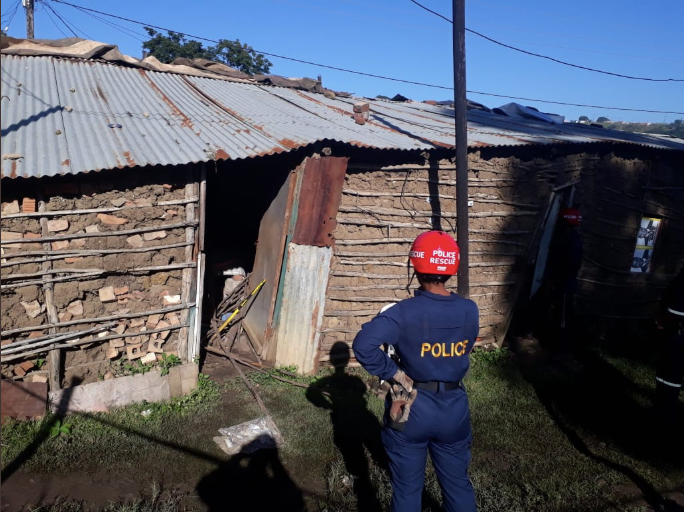 A woman and a boy were killed when a wall collapsed on them at this house in Pietermaritzburg on Friday.
Image: Twitter/SAPS

A woman believed to be 28 years old and a young boy of about five died on Friday morning when a wall collapsed on them at a house in Slangspruit, Pietermaritzburg.

ER24 and the local police search and rescue team were called to the scene.

"Upon arrival shortly after 8.30am they found the woman and the boy lying on a bed. Pieces of the wall were found lying around them," said ER24. "Unfortunately, both had sustained fatal injuries and were declared dead at the scene by paramedics."