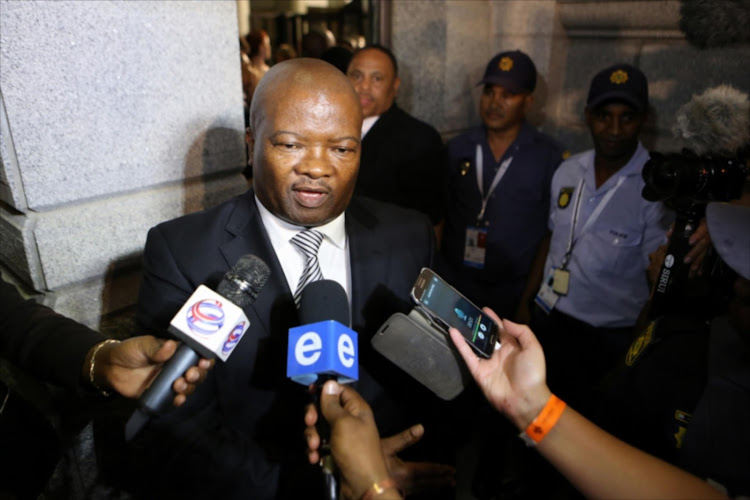 Opposition parties have not yet decided whether to boycott the State of the Nation address (Sona) but do want their demand for President Jacob Zuma’s dismissal to be heeded.

United Democratic Movement (UDM) leader Bantu Holomisa told reporters on Friday the parties are still to decide whether they will attend next week’s opening of parliament.

“When we meet the speaker [Baleka Mbete] we will assure her that we want South Africa’s image to be protected but she must heed our call that we don’t want President Jacob Zuma to deliver Sona‚” said Holomisa.

Although opposition parties stood to gain votes if Zuma remains in office‚ it is detrimental for the country‚ he said.

“It is not about us gaining as the opposition. This is a matter of principle. Investors are not coming to South Africa. We have been downgraded. We are accused of tolerating hyenas‚” he added.

Economic Freedom Fighters secretary general Godrich Gardee said removing Zuma as early as possible was in the interest of institutions of democracy‚ which he argued had been severely damaged under Zuma’s watch.

“He has finished the NPA [National Prosecuting Authority] and the public protector. Probably the only institutions that remain intact are the auditor general and the judiciary‚” said Gardee‚ adding‚ “We do not need to take over a government that is broke.”

The media briefing follows an almost four-hour meeting at a hotel in Kempton Park‚ east of Johannesburg.

Also present at the meeting were Kenneth Meshoe of the African Christian Democratic Party and Mosioua Lekota of the Congress of the People.

The Democratic Alliance was unable to attend because the party’s representatives had prior commitments in Port Elizabeth.