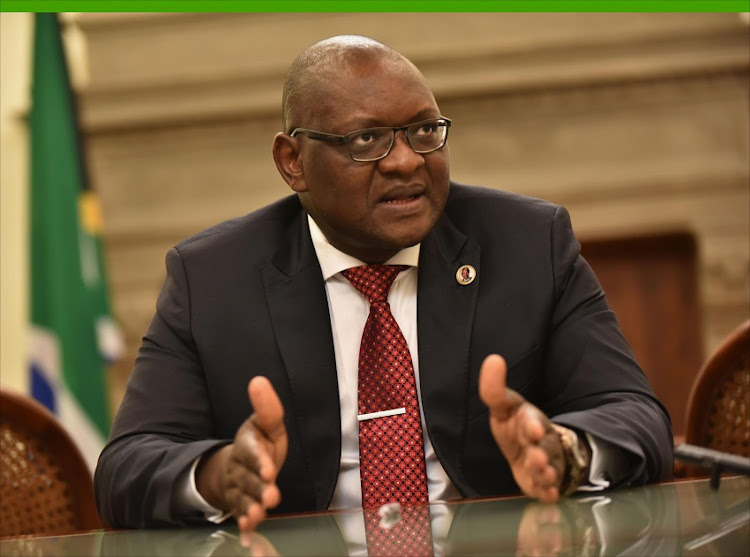 The Gauteng Health department is mired in corruption and what Premier of Gauteng David Makhura calls “scams“.
Image: FREDDY MAVUNDA.

The Gauteng Health department is mired in corruption and what Premier of Gauteng David Makhura calls "scams". It is also broke. These allegations emerged at the Life Esidimeni hearings.

Makhura was testifying at the Life Esidimeni hearings‚ which aim to find closure for families who lost loved ones when 143-mentally ill patients died.

Life Esidimeni homes looked after severely mentally ill patients for the department of health for 36 years‚ until the contract with the service provider was ended in September 2015.

Senior officials such as former MEC for health Qedani Mahlangu testified the Life Esidimeni contract was terminated due to a lack of money.

But other officials such as Makhura contradicted this saying there was money for Esidimeni's services and mental health patients. Makhura‚ however said one problem with the department of health was that billions were "syphoned off" due to corruption.

"The Special Investigating Unit is going to help us crack down corruption in the department of health."

He said "corruption was not small‚ but involves billions of rand".

"Money goes to the wrong places."

A woman who lost her son in the Life Esidimeni tragedy felt shunned by family members after he fell ill.
News
3 years ago

But he also admitted the department served a huge number of people‚ which led to financial shortages. "We know it is overburdened from South Africans and other Africans."

As officials discussed the department's finances‚ it emerged the health department was under severe financial strain.

Testifying in the hearings on Wednesday‚ new Gauteng health MEC Gwen Ramakgopa said: "The Gauteng department of health is in dire financial straits and is unable to pay suppliers year on year."

She said that at the end of the 2014 financial year‚ the department had unpaid bills worth R1.9-billion. In 2016‚ R4-billion was outstanding to suppliers.

Ramakgopa also testified that there were 68‚000 staff in Gauteng health serving 15-million people in the province.

In contradiction to Ramagkopa's dire testimony ‚ Gauteng finance MEC Barbara Creecy said there was money to pay for mental health and the department was never instructed to stop "core" services helping people.

Creecy claimed Mahlangu was wrong to end the Life Esidimeni contract as the money was there. But on Wednesday‚ Ramakgopa laid bare the severe state of the province's finances.