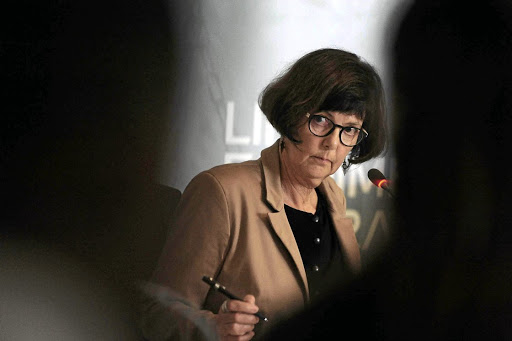 Creecy's testimony dispelled claims made by former health MEC Qedani Mahlangu along with former head of department Dr Barney Selebano and director of mental health services Dr Makgabo Manamela that Life Esidimeni was shut down in order to cut cost.

Mahlangu read out a statement at the beginning of her testimony explaining that closing Life Esidimeni was in response to a directive from the province's budgetary committee for all departments to reduce spending.

However, Creecy said the provincial health department had more than enough funds.

"Treasury has never demanded that any department must cut down on core services. We understand how many people in our province are dependent on state social services of one form or another for their well being," she said.

Precious Angels‚ the most deadly NGO in the Life Esidimeni saga‚ received R1-million from the Gauteng department of health.
News
3 years ago

Creecy said Treasury's directive was for departments to cut down on non-core services such as venues for government events and travel expenses.

Financial records mentioned during the hearing reflected that in one instance the department paid a private law firm R60-million for 10 months and paid R435000 for a two-day workshop, while another company was paid R13-million for rendering services for 12 weeks.

Some people in the audience exclaimed in shock upon hearing these figures.

She said the department was told not to compromise the quality of health services.

Retired deputy chief justice Dikgang Moseneke, who chaired the hearings, said Creecy's evidence contradicted statements by Selebano, Mahlangu and Manamela who all claimed that lack of funds forced them to shut down Life Esidimeni.

"This makes me to sit up and say was this genuine cost cutting? What are we dealing with here?" he asked.

Creecy broke down in tears at the end of her testimony as she offered a solemn apology to the families of the victims.

"These testimonies of severe suffering and cruelty have never left me. It has filled me with a deep sense of shame that I was part of this government when this tragedy happened. I apologise to you deeply," she said.

Premier David Makhura took to the stand and also apologised to families: "I can't pass the buck as head of government in this province. The buck stops with me. I could have done something, this lives in my conscience."

DA Gauteng shadow MEC for health Jack Bloom will open a missing persons case on Monday to assist in locating the 62 Esidimeni patients who have still ...
News
3 years ago

Qedani Mahlangu's claim that the Life Esidimeni contract was ended to save money was dismantled.
News
3 years ago

Mental health NGOs asked to check whether they are giving care to people on a list of 62 missing Life Esidimeni patients.
News
3 years ago

Qedani Mahlangu has described her appearance before the Life Esidimeni hearings as “the worst week of my life”.
News
3 years ago
Next Article