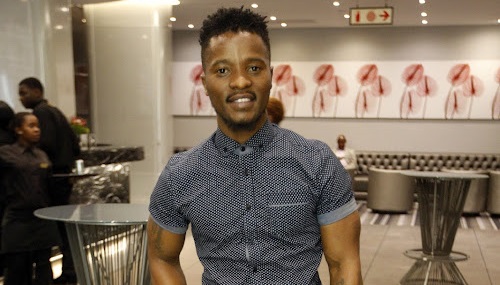 Actor, Abdul Khoza at the launch of Divas Of Jozi in Sandton, Johannesburg.
Image: Vathiswa Ruselo

After co-winning the 2011 Amstel Class Act competition, leaving acting after a short stint and then returning to the small screen, Abdul Khoza believes bagging the DSTV Mzansi Viewers’ Choice Award (DMVCA) nomination is his hard work finally paying off.

Khoza has been nominated under the “best actor” category where he contends for the gong against other celebrated actors such as on-screen brother star Bonko Khoza, Zolisa Xaluva, Thapelo Sebogodi and Vusi Kunene.

Khoza currently stars in The Wife as one of the eight Zulu brothers, Nqobizitha.

“I have always had to work twice as hard to be where I am. There’s not much school that came into me being an actor because I came into this industry via a competition.

"Winning the Class Act contest brought about attention that indicated that I needed to work extra hard to not only cover up for my shortcoming of things I might not know because I didn't got to school for it, but also I wanted to finally cement myself as an actor and not just a competition winner,” he said.

Khoza has since graced various small screen productions such as Intersections, Tempy Pushas, The Road, Durban Gen, Ring of Lies, Netflix’s series Kings of Joburg and went on to solidify himself on Isibaya as the infamous Qaphela.

Mzansi’s first family of TV production, Connie and Shona Ferguson, have successfully made their debut on international video streaming service ...
Entertainment
1 year ago

“My hard work is proving that I belong here. If ever there was anyone who ever doubted me because I didn’t have the papers, my record proves that I belong,” he said.

When he left the acting scene after a few months of bagging cameo roles, it was because there weren’t any roles for him and he had just had his first born and needed to take care of his family.

He returned in a cameo role on Uzalo as a doctor before moving on to The Road, but unfortunately the show was quickly canned due to insufficient viewership back in 2016.

Panic quickly befell him because he had quit his job as a fireman for the second time and knew they wouldn’t take him back again.

“Taking the leap for the second time was a bit sour because of the first round of disappointments. But I made the sacrifice and took the risks because of believing in myself more than anything. I couldn’t let my parent’s disappointment from the first failure or anyone else's stop me from wanting to take that second chance, especially because I felt I was ready for it.

“I am glad I took that risk because it was there where Bomb Productions noticed me and offered me a role on Isibaya. Isibaya was another great validation because a Safta [SA Film and Television Award] came out of it in 2019. I had taken a role that made an impact, enough to earn me an award, and that was reassuring,” he said.

As an underdog, as he refers to himself, he has always focused on the work and the rest are just additional bonuses for doing what he loves.

“For me, I won’t lie, I am just happy to work because my intentions were never to bag any award. The awards and nominations are just validation that I am no longer the Class Act boy because that shadow is very hard to get rid of.

"I have been able to cement myself as an actor and as talent. I sometimes still can’t believe that I get to do what I love and get paid for it. I am from a past where I used to sweat for my money with hands getting dirty or bruised or literally digging for gold.”

And with the many celebrations around him, especially for his role on The Wife, he said he believed it is time for the underdogs to cash in.

“But that won’t ever stop us from working hard and delivering hard work. I appreciate the opportunity of being part of telling such a profound story from a book and I am having lots of fun. This also proves that no role is too small, it is all about what you make out of it. If you put in the work, you will get great results from it,” he said.

Makhadzi and the Scorpion Kings are currently leading the nominations list with three nominations each and are closely followed by DBN Gogo with two.

We still can't get over how beautiful the couple looked!
Pic of The Day
3 years ago

Actor Abdul Khoza is convinced that he has much more to give where talent is concerned but admits he doesn’t get used to the “shebang” that ...
Entertainment
4 years ago
Next Article