Masilo grateful to be breathing life into Makeba story

Dreaming Zenzile currently on show in US, album released 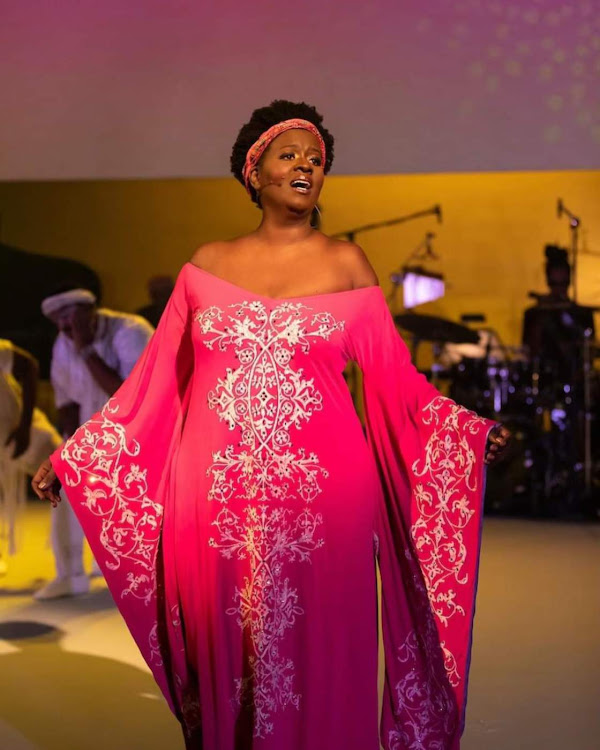 Jazz vocalist Naledi Masilo is honoured to play one of the lead roles in the musical about the life of the late Miriam Makeba and her daughter Bongi Makeba-Lee.

Titled Dreaming Zenzile, the musical is on at Repertory Theatre of St Louis in Missouri, US.

It premiered on September 17 and will run until October 3.

Written by Somi Kakoma, who was born of immigrants from Rwanda and Uganda, the musical show was schedule for 2020, but had to be postponed due to the Covid-19 pandemic.

Kakoma plays the lead role of Makeba while Masilo, who is based in America, takes on the role of Bongi, a mother to Zenzile and Lumumba.

Kakoma has also released an album titled Zenzile – The Reimagination of Miriam Makeba.

Speaking to Sowetan just before the performance, Masilo said the show received great media reviews and a positive response from theatre goers. “I feel honoured to be part of such an important story of one of SA’s greatest musician. I’m grateful to be breathing life into this story. It is a powerful story that I would love South Africans to see.

"I’m happy that the legacies of Mama Miriam and her daughter uMam’ Bongi Makeba-Lee are being etched into my journey and spoken more into the universe. It has been a great experience for someone who is testing the theatre world for the first time.”

According to Masilo, the story starts where Makeba’s life ended, where she was performing in Italy in 2008.

“The setting starts at her final concert and there are flashbacks and moments of her life all the way from when she was born up to when her mother was in prison. It follows her moving to the States and her period in exile. The show features about 32 songs, which most of them are Mam’ Miriam Makeba’s repertoire.”

About her role of Bongi, who died at the age of 34 in Guinea, Masilo said: “Since she died early in her music career, I actually struggled to get information about her when I was doing research for the role. Bongi died giving birth in Guinea and was buried there. She used to sing with her husband. I guess her legacy lives on through her kids who are also musicians.”

Makeba's great-grandchild Lindelani Mkhize said they were aware of the show and promised to get Lumumba to talk to Sowetan but had not done so at the time of going to print.