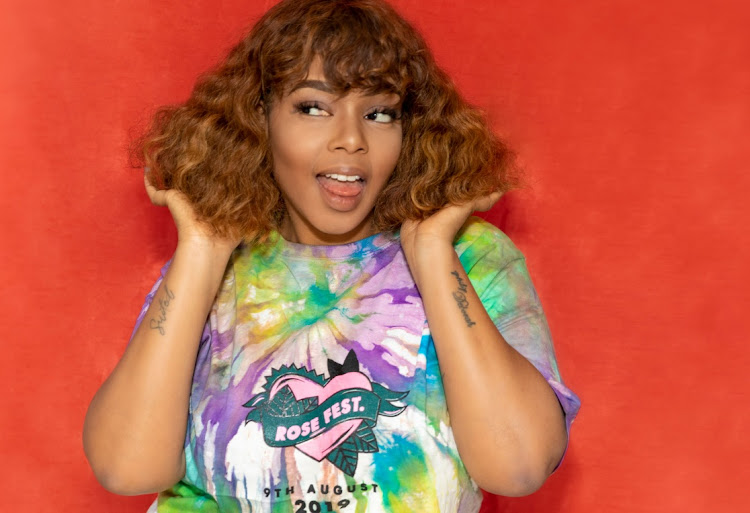 To listen to the work of multi-award winning singer and songwriter, Shekhinah, is to peer into her personal life now turned to auditory and visual art.

The magic that permeates through her work brings to mind the word “Catharsis”; there is a sense of poetic release that she allows herself, which reverberates into the core of the audience who listen and find themselves reflected in her music.

I listened to her albums Rose Gold and the 2021 release Trouble in Paradise, and reading the lyrics I saw how much of herself she pours into her work. Not only is there sincerity, but she has intentionality within her construction.

With a degree in live performance and two runs in the South African Idols, Shekhinah has gained a lot of experience with different layers of what it takes to be an artist outside of a unique voice.

The albums are sequenced to reflect the duality she experienced when she moved to Joburg, which she at first experienced through Rose Gold tinted glasses, only to later learn that there also exists an opposite to a world filled with Troubles in Paradise when said glasses are removed.

Focused, resilient, but also gracious in approach, her name serves as a reminder of the certainty with which she needs to move through most obstacles in her career.

I asked how she feels the definition of her name has played a role in the unfolding of her life and career, acknowledging how important her name is to her,  she further elaborates:  "Initially my parents named me Shekhinah with the intention of it being the feminine face of God; a feminine face of a higher power. Then as I grew up a lot of people described Shekhinah as the cloud that covered the people in Israel. It is a Hebrew name and my mom is a doctor. She studies religion. So, I love my name because I do feel, I hope, that’s what my music is."

Her musical background is quite an eclectic one, with both parents interested in music. Her mother was a piano player who listened to a lot of Cher and old school music, her father mainly gravitated towards Kwaito by listening to the likes of TKZee, and her brother was moved by RnB, which created her love for Tamia.

Music groomed her ability to dance across different genres and it still molds her taste buds.

Asked if she would ever consider collaborating with a jazz ensemble, she nostalgically agrees and reflects on her AFDA college days where she went through vocal training that was inspired heavily by jazz.

She names Ella Fitzgerald and Amy Winehouse as artists that come to mind when she thinks of jazz legends she listens to.

Listening to her smooth voice, her sound, and lyrics, I wanted to cue music from SZA whom she names as one of her bucket list artists she would want to collaborate with along with Calvin Harris and Kendrik Lamar. 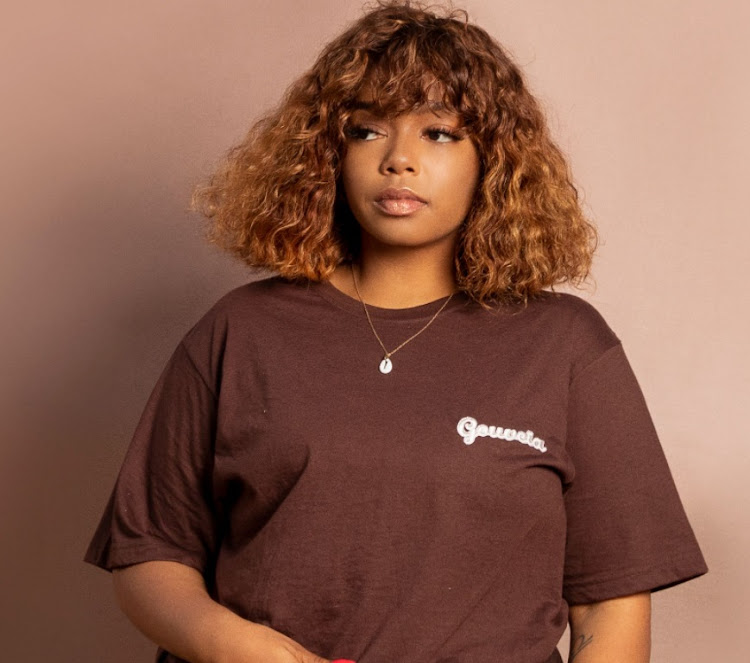 We laugh at how these are far-fetched dreams but underneath that laughter is a real possibility of her meeting and engaging these artists as her popularity spreads on an international scale.

The dreams are made probable by an air she carries and the note she leaves me on when I ask her about how she navigates fame; she says: “Definitely prayer, and not giving up. Your life is out there waiting for you and you have to go out and get it. Which is tough I know, trust me I know. But I get up and keep moving. I think that is one thing I enjoy or respect about myself; I never give up on the fight. Whether it’s finishing doing Idols, finishing my degree, or finishing this album. I wanted to quit a million times but I ended up sticking it through and getting up and making it to the finish line.”

Having spoken to her and looking at the caliber of artists she now performs alongside, it only serves as testament of how she continues to embody her name. An acclaimed cloud casting a musical shade across stages for people to hear themselves reflected in the human element she still holds true despite the celebrity success.

This is the same energy she will be bringing to the Rhythm & Blues Virtual Workshop on Thursday, the 27th of May.

True to her schooling and Idols training she does promise a few surprises as she always strives to ensure that her performances are never the same. Catch Shekhinah on the Rhythm & Blues Virtual Songwriting Workshop on Thursday  alongside Msaki, Vusi Mahlasela, and Avzal Ismael.