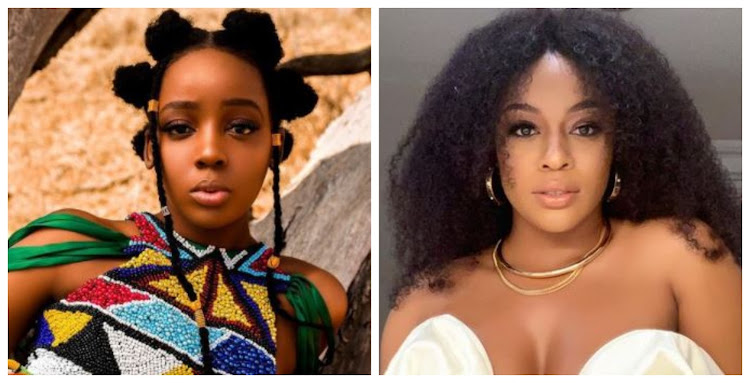 Talk about spreading that African butter! Actresses Thuso Mbedu and Nomzamo Mbatha have made it onto Essence Magazine’s global top 20 Black Hollywood Stars To Watch Out for 2021 list.

Raising the SA flag high, Thuso and Nomzamo have now joined the list of South African stars who have been making waves in America, such as actress Charlize Theron, funnyman Trevor Noah and singer/actress Nandi Mngoma.

While the list was highly contested, Nomzamo clinched the 9th spot while Thuso held the 16th.

Nomzamo took to Twitter and shared how grateful she was for the acknowledgment.

Thank you for shining a light our way @Essence 💫 Honoured. https://t.co/hZ4eLpj02F

Speaking to True Love magazine in August, Nomzamo said she had been auditioning for several roles in the US last year, and received the call on her grandmother's birthday to say she got the part in Coming 2 America.

“It was a very surreal moment. When you have been holding onto a dream and hope, and it finally comes to pass, you don't react in the way it had played out in your head. That Sunday I moved around in a daze,” the US-based SA actress said.

“Everything was a sprint - rushing my mother to fly to Joburg as I could not go without seeing her, because I didn't know when I would come back home.”

Though she's been hard at work focusing on her role on Underground Railroad, in October Thuso took to social media and shared her joy at finally being able to share the news and just how excited she was.

“My thumb and neurons are failing me right now so I'll just do as most South Africans do when this happens: I got the job! It was such an amazing process and experience. Like, true story, just prepping to audition for this role made me grow so much. It's such a blessing and honour to tell this story ... again, words fail me so I'll stop there for now,” she said.

Here are some of the reactions to Nomzamo and Thuso making waves in the US: