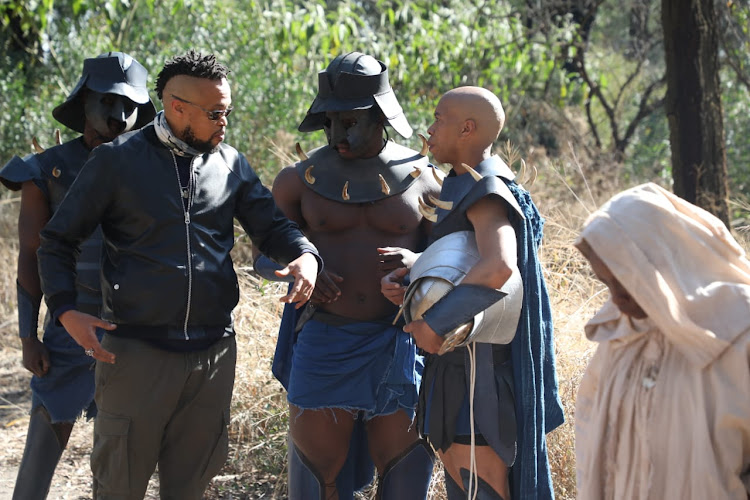 Layla Swart is one of the most underrated yet unstoppable filmmakers that have contributed immensely to Africa's fast-growing cinema.

At 32, she is the producer in charge of Africa's most ambitious TV project Blood Psalms that have been billed as the Game of Thrones of Africa".

As Swart walks me through a tour of the mammoth set of Blood Psalms in a remote bushy area, nestled in Modderfontein on the East Rand, it quickly dawns on me that I'm witnessing history.

I have been on many film and TV sets, but I've never seen anything so magical.

On the day, stars such as Hlubi Mboya, Mothusi Magano, Zikhona Sodlaka and more are running around in costumes that look very ancient Egyptian. My curiosity is peaked even more when Thando Thabethe details to Swart how wild it was to film with a python earlier in the day.

Swart is changing the game by telling African experiences on African terms.

Hailing from an impoverished background in the Cape Flats - born in Athlone - Swart has always known she wanted to be a filmmaker.

"Funny thing is, ever since I was young I always said I wanted to be a filmmaker. I was an only child and stories were everything to me," Swart points out.

"I once watched something on TV where the person was a filmmaker and I wanted to do that because I wanted to understand myself through the stories that I tell."

In high school, Swart moved to Durban. She later obtained a post-graduate degree in film and media production from the University of Cape Town.

Swart has produced and edited five multi-award-winning local films, the most recent being Knuckle City. She won best editing in a feature film award at the South African Film and Television Awards in April.

She has also worked on Knysna, Sew the Winter to My Skin and OfGood Report.

But Blood Psalms, written and directed by her regular collaborator Jahmil XT Qubeka, is her biggest project yet.

Swart describes the 10-part fantasy series that is heavily influenced by Ancient African mythology as a depiction of pre-colonial Africa. 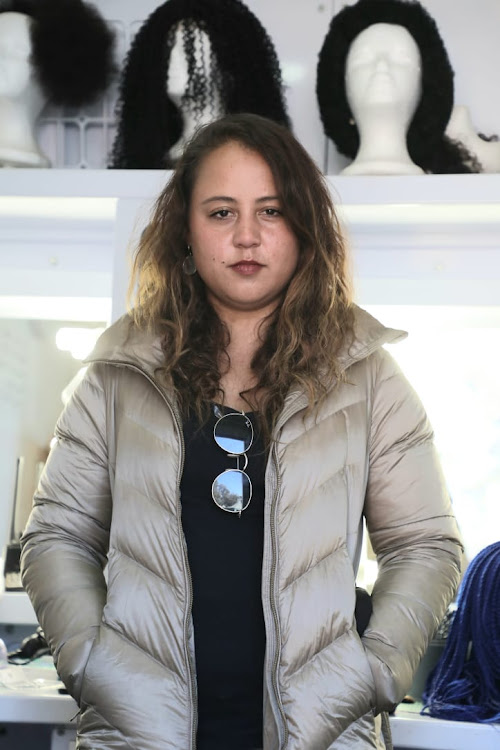 "Blood Psalms is a very spiritual sacred interrogation of history. I speak for the writer Jahmil when I say his journey has been about trying to understand himself," Swart says.

"In that journey, he has realised through his craft that he can explore himself and heritage. We have drawn a lot of inspiration from ancient Egyptian history and looking at how people moved to the south. For us, it has evolved into something beyond us."

The cast is just as enormous - you name your favourite SA actor and they are in it. Enhle Mbali Mlotshwa, Hamilton Dlamini, Sdumo Mtshali, Sello Maake ka Ncube, Warren Masemola, Thabo Rametsi and Thishiwe Ziqubu are just some of the high-profile actors that scored roles.

Swart admits that it was not easy for a young emerging filmmaker to get the project off the ground. The series has been in the works for over a year.

"It has been hard because there has been a legacy of dominance of gatekeepers in this industry and those people have had so much time to amass wealth, capability and trust to execute projects," Swart observes.

A big victory for the series was to tell it in vernacular, instead of English.

"We fought very hard to do this series in vernacular because it was said that it would lose international appeal, but we couldn't bring ourselves to tell this narrative in English," Swart says.

"How do we justify telling the story in English before the white man arrived? But it's a fight that we won."

Blood Psalms is expected to debut on Showmax next year.