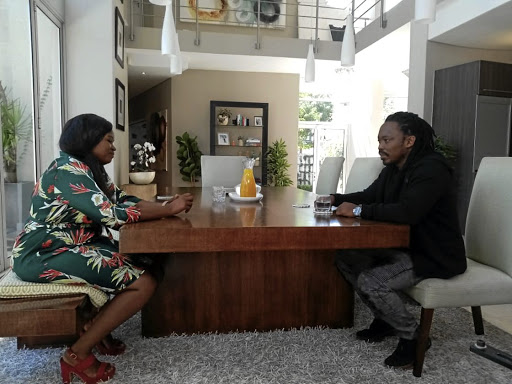 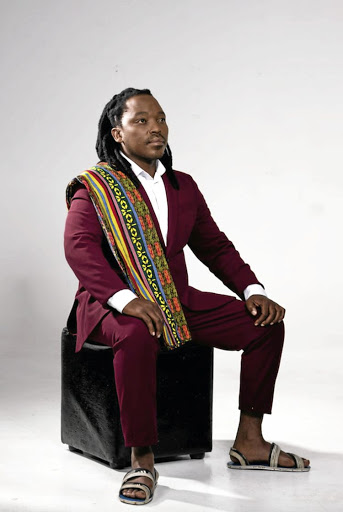 If you have ever caught an episode of US TV psychic John Edward's show Crossing Over with John Edward then you are no stranger to the world of mediums and communication with the dead.

In the show Edwards helps audience members or guests to connect with a loved one who has since passed as he acts as a medium between the two worlds and passes on messages.

This is what Lloyd Radebe has brought to Mzansi Wethu, channel 163 viewers since last weekend on his show uBizo.

Radebe takes viewers and those who come seeking answers from the dead through a journey of self-discovery and exposes the hidden world of "amadlozi" (ancestors).

A series of 13 emotion-filled episodes began on April 11.

Describing himself as a psychic medium and spiritual healer, Radebe says he does not throw bones like a typical sangoma but is able to communicate with the ancestors.

"I have been asked if I am a sangoma or an 'inyanga' (healer). I did not go for 'ukuthwasa' (healers' initiation) the way a sangoma would go but I was trained by my grandmother and 'abomkhulu'.

Renowned isanusi and author Credo Mutwa has died at the age of 98.
News
2 years ago

My mother says she was told by many prophets when I was a child that I was born to be a healer" says Radebe.

The bond with his now late grandmother led to him following his calling as, according to him, she now helps him to connect to others in the afterlife.

"My job is to connect [people] and convey the message from the ancestors to those who need to know them.

"My late grandmother is spearheading the process by connecting with your seeker and both these ancestors will communicate and convey the message that needs to be spoken," says Radebe.

Normally, Radebe travels between Johannesburg and Durban where he runs his healing practices.

He says it took time for him to respond to his calling as a healer after working for different companies as a camera man, including at the SABC.

"I am a guy from Ladysmith but based in Krugersdorp [on the West Rand] with a gift.

" I have chosen to answer the call from my ancestors and go heal people."

Radebe also does psychic readings on a weekday show on YFM and says shooting the TV show has been interesting.

"Shooting the show was very interesting and doing person to person readings was easier than doing radio readings."

According to Radebe, he has not received any bad reviews since his TV show kicked off last week and he is not bothered by those who may accuse him of being a charlatan.

"As South Africans we enjoy many rights, including the right to have an opinion but I'm not moved by those who call me a fake because many people have received healing through my work.

"Ancestors are people who have passed and they become our guardians. They do exist but in my experience some people shy away from that fact," he says.

He says he will often get fulfillment when those who had come to him for readings come back with positive results.

"I get happy when I hear those that come back and they do come back telling me stories of their breakthroughs," he says.

Radebe adds that Africans need to embrace who they are and know their heritage.

He does readings for all races and creeds.

"African or not we are all spiritual beings and we need to connect to that part of ourselves." Radebe also does private consultations at his offices and bookings can be done on his website. www.lloydradebe.co.za or contact 0835836633/0814291280