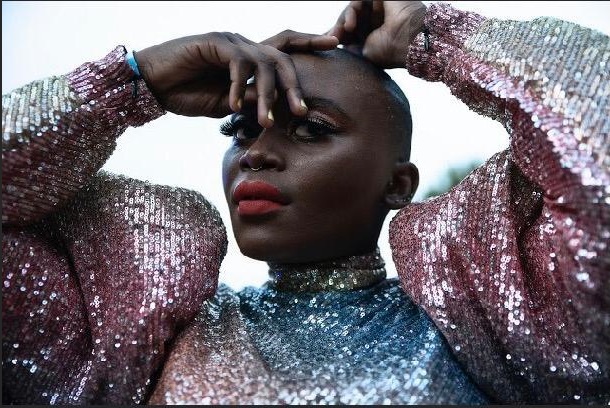 One of the songs musician Zoë Modiga was going to sing at Leuven Jazz Festival in Brussels, Belgium, in homage to Miriam Makeba was Africa Is Where My Heart Lies.

The festival, which would have been held on March 23-24, was cancelled due to the global coronavirus pandemic. Modiga was to perform alongside the LUCA Big Band commemorating Makeba, Bra Hugh Masekela, Moses Molelekwa and Tutu Puoane among many.

The song was a tribute to Africa and her people, a sentiment which resonates with Modiga to the core.

“I think something that makes Miriam Makeba an icon and a figure that we can be grateful to have had in one lifetime is that not only was she a beautiful black woman but she stood for what we were as a people and she was able to represent us at a time where there was a lot of displaced feelings about who we were. And it was both a self-sacrificing thing on her part and something we can look, to find where we are as a people, Modiga said.

She added that Makeba was a representative and a custodian of  South African blackness, and that she sees herself in "Mama Africa", as Makeba is fondly referred to.

“I think where it connects with me is that I really recognise myself in her, in the literal sense of her being a black woman, a beautiful black entertainer with short hair to more of what she stood for through her storytelling and  through her idea of identity." I think I can really put that into my ethos on the things I want to be knownand  remembered for. I don’t think there is a better way of doing that than commemorating those that did it before,” she says.

Modiga has released a new single titled Lengoma to herald the arrival of her sophomore album. The songstress believes that entertainers are ‘’social scientists who reflect people’s lives back to them".

All-female band closes off jazz festival with a bang

An all-female jazz band comprising of local and American stars captivated jazz lovers at the 2019 Standard Bank Joy of Jazz on Saturday as the ...
Entertainment
2 years ago

‘There’s a lot of enlightenment we can encourage in our society; there’s a lot of things to enjoy even just off an entertainment value.  I definitely want to be one of those brands that are a place of knowledge for people, a place of enlightenment for other people and a place of healing and entertainment for others but also to be known as someone who did it at the highest possible standard or level, where there was no mediocrity involved."

And for me it’s just my personal responsibility to put my best foot forward in everything I do and it’s the best kind of gratitude or thank you to abantu that were able to put me in the position that I am in.”

Modiga who was raised by her grandparents says her second album delves into the theme of identity a natural step she explains from where her debut album left off, which was about self-realisation. She explores this theme of who she is, in her native tongue of isiZulu while hoping to take the audience along on their own quest.

“’Sometimes you find that when you look into yourself you have to dig deeper and remember the very beginning, where you come from...identity through language, through our cultures, traditions where music has been before was such a central theme... I’m just excited to have fun with people using the mother tongue, or rather my mother tongue and language also to touch on things i feel we do need to remember from time to time.”​