'I need no validation' - Refilwe Modiselle 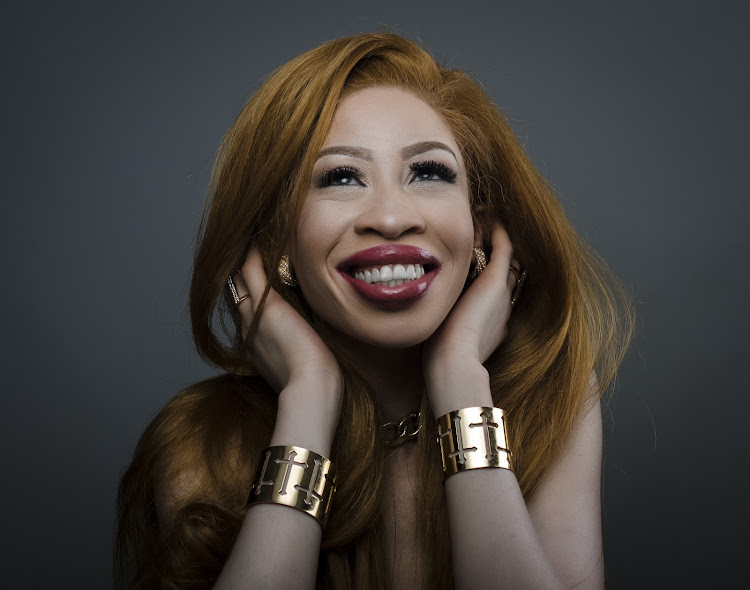 Refilwe Modiselle was in her early teens when she saw for the first time another person apart from herself living with albinism.

It happened after the death of her father, her memory fails her as to the exact age.

Granddaughter to a family of church ministers, and the first born in a family of three successful women in entertainment, Modiselle was raised by her loving mother at one of the first black-owned corner houses in Orange Grove, Johannesburg, her family home.

We're sitting in the lounge at her home, laughter soaring with the aura of comfort and love, as she reminisces over her childhood and awe-inspiring career.

On answering my question of whether she ever felt different growing up, she muses.

"Look, I did, but I don't think I was aware of it because it's one thing to feel it, to really feel it, and it's another thing to be oblivious to it. My mother did an exceptional job; I think when you don't make kids aware of things, they live in a fairy tale, so I think to a certain degree I did," she says.

She drops a deep sigh, raises her eyes to her left as if to peer into a distant past and drags parts of it to the present.

She directs her gaze back to me, and with a pensive smile she hands me a piece of her memory.

Model and radio host Refilwe Modiselle has weighed in on the campaign by saying that Dove is not suitable for people living with albinism.
Entertainment
2 years ago

Why the Modiselle sisters still live with their mom

Refilwe‚ Candice and Bontle all have thriving careers in the entertainment industry.
Shwashwi
3 years ago

"It's only when I was a lot older that I started questioning. Come to think of it, I did feel different because obviously when you walk in public you don't look like the next child, you don't have anything that relates to you, you don't have anything on television screens that says, 'this is who I am'. You don't see anything in the magazine that says, 'this is who I am, I can see it, I can relate to it'. You have nothing. You're literally your own example for a long time until you see somebody that looks like you," she adds.

Recently named one of the 2020 Top 500 African Doers honourees by Tropics Magazine, you may know her as Africa's first successful model with albinism, activist, TV and radio host, or even actor.

ModiseIle is no fan of titles, however.

After a tug-of-war over her suggesting a title for herself, she eventually yields and yards: "I don't like titles, it's so difficult for me because I'm a Jack of all trades."

She chuckles with impish glee, and proceeds: "If I were to ever mention them all, they would fill up to the brim, so for now I'll say a model because that's where I began, radio and TV host, and actress."

Spilling off her latest feat as lead on the international critically acclaimed film White Gold, I rope in the actress title and ask if this will be her main focus moving forward, given her powerful performance and the film's success.

She replies: "I'm definitely going to focus more on the acting, because you must remember that everything I do is a discipline of being a teacher. I teach through all the disciplines I get into, and if acting is the discipline at this point in time, then that's the hat I'm going to wear."

Nxumalo is hoping to challenge stereotypes about albinism with his new role as Simon on Uzalo.
Lifestyle
3 years ago

Date My Family's Boitumelo - 'I break myths about albinism'

Instead of the usual shade that is normal thrown towards Date My Family's bachelors, Boitumelo Mainganya, who lives with albinism, ignited a ...
Entertainment
3 years ago

White Gold highlights the many misconceptions around albinism.

Boasting an all-African cast with supporting actors like Shadi Chauke, Thabang Kwebu and veteran Aubrey Makola, this 17-minute short film was inspired by UK-based filmmaker Luke Bradford's experience in Tanzania with a young woman living with albinism who had both her arms hacked off in her home, all for witchcraft.

He then tailored his story around this experience, introducing us to Mansa, a mutilated African woman with albinism, played by Modiselle who had her arm hacked off by Natron the witchdoctor, played by Makola.

Robbed of her security, career and dignity, Mansa hunts Natron in a bid to confront him and seek her revenge.

Bradford speaks of having gotten goose bumps from watching Modiselle's audition tape that she brought his vision of the story to life and channelled the emotional level that the character has to reach in the film.

She splutters: "I know right!" In loud laughter, she claps her hands once at the question, and offers her measured, empathetic response: "I battle with this a lot, because I know and understand this view.

"I mean, I have a sister with a BA honours in dramatic arts; she's a thespian through and through, so I get it. But I'm also of the opinion that sometimes it's the streets that teach you, not all of us are going to go through school. As much as I have not gone through acting school, I've always been involved in drama from primary school. So, somewhere, somehow, people need to understand that the different disciplines that you go through prepare you for where you're going.

She pauses, picks her glass of mango juice from the table, takes a gulp, and continues, “Also Vus’umuzi, being a model prepares you for acting, it is a form of acting; there is an acting disciple in it. When you go down that runway you are putting on a character to grace the garment and fulfill what the client wants, you have to bring the designer’s vision to life. I think that’s how I was led to acting in my later years from modeling” 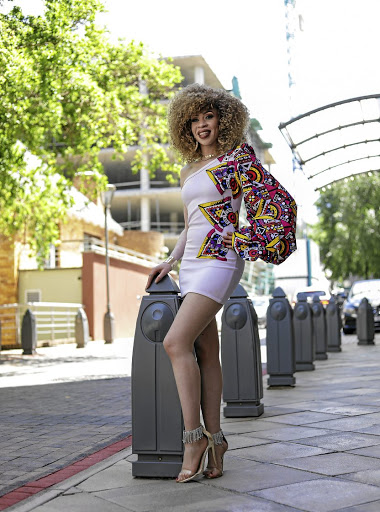 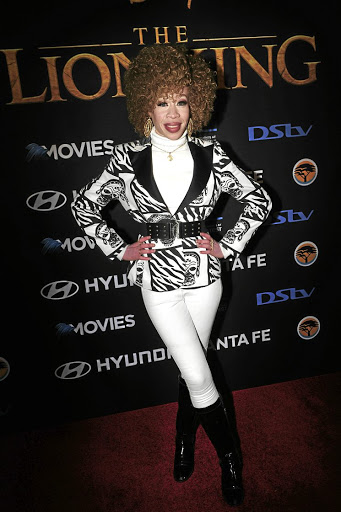 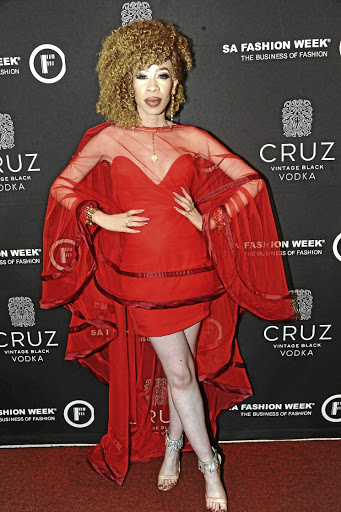 Now, tying her role to what she believes to be her purpose - being a teacher - I ask her if it was within her intentions to reach out to the child who, because of the work she puts in, is represented in all modes of media. And as if in a game of jump-rope, she leaps in before I complete the question and brings our almost two-hour conversation to an end.

"So, if another child had to... wait. I know there are people who think that I'm not a stereotypical representation of a person living with albinism, and that rubs them off the wrong way, even in the albinism community. That's exactly it for me, I am me.

"I am Refilwe. And that's ideally the bigger picture for any child, to see someone with so much self-love that she's confident in who she is and she revels in it, and they themselves can say, 'it's okay to be the way that I am, I don't need validation, I don't need to be like Refilwe, I need to know that it's okay for me to be myself'."

White Gold scooped the best short narrative award at the Pan African Film Festival in Los Angeles which qualifies it to be considered for an Oscar.

There are not so many films in the world which feature positive representation of people with albinism and as a result, White Gold, which has been widely publicised across Africa, is on the right track.

Once the interview was complete and Modiselle was walking be to the door, she utters the ultimate closing remark, “You know, God has a hilarious sense of humor, I mean, look at me. He decided, ‘Fifi you will look like this, beautiful and different, and you will teach people about acceptance and love, of self and of others,’ that’s funny in a beautiful way, don’t you think?” I titter, and I nod.