Rasta's plea for help: I need to find a school and stationary for my kids 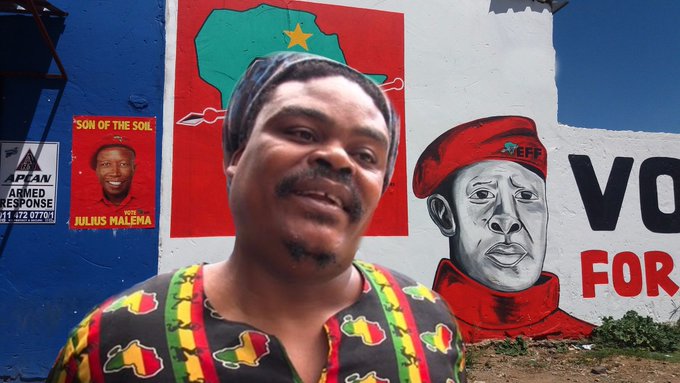 Rasta has called on Mzansi for help with sending his daughters to school.
Image: Rasta The Artist/ Twitter

While many were excited to be taking their kids back to school on Wednesday, well-known funeral painter Lebani “Rasta” Sirenje is praying for an intervention to allow his children to attend school this year.

A heartbroken Rasta told SowetanLIVE's sister publication TshisaLIVE that his two daughters can't go to school because they have no stationary or school shoes.

Rasta explained that one of his daughters, who was supposed to start grade 1 on Wednesday, had not been placed in a school yet.

"I applied last year for my seven-year-old daughter to get into a school, but we were told to go to the department of education for that. The other thing was that we had to buy stationary. So I was holding [out] for those things, because we were not sure that maybe I was going to take her home to attend school there," he said.

Rasta revealed that he hadn't paid his daughters' school fees yet as he was strapped for cash at the moment.

“I can't even pay rent, but that's not the main focus. What I need is help to get school needs for my kids,” he said.

Rasta appeared on Metro FM on Wednesday to ask for assistance. He said he had already received offers of assistance.

“Someone is willing to buy a uniform and I've got someone saying they will help with buying my grade 10 daughter's stationary.”

While the nation was celebrating Zozibini Tunzi winning Miss Universe pageant, social media users were in a spin over a painting allegedly crafted by ...
Entertainment
2 years ago

Eminem can’t see this, please.
Entertainment
2 years ago
Next Article