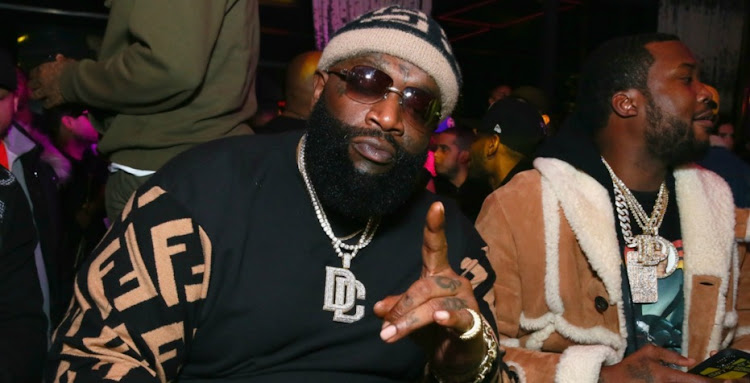 In a shocking turn of events Rick Ross’s scheduled performance in East London was cancelled on Sunday evening after the Durban cancellation of the Block Party on Saturday.

“Following the Durban show cancellation yesterday [Saturday], it is with great disappointment and regret that the East London leg of the tour will not have Rick Ross performing,” it read.

The US rapper who landed in Johannesburg on Saturday night is set to depart on Monday for the US after a breach of contract from NuWave Entertainment.

“The East London organisers are deeply disappointment by this and have done their utmost best to secure the first international festivals in the Province. All attempts to salvage the contract with the Ross Team proved fruitless.”

The EL event then continued as a free event where people enjoyed the local line up without the US star.

Rick Ross took to social media to call out the Block Party promoter.

He wrote: “@kabelo.ncholo Fake prompter” in an Instagram video he then said: “Y’all should stone the Mafikeng promoter. Fake promoter.”

Tickets bought through Webtickets will be refunded and all reimbursement details will be shared accordingly during the upcoming week. 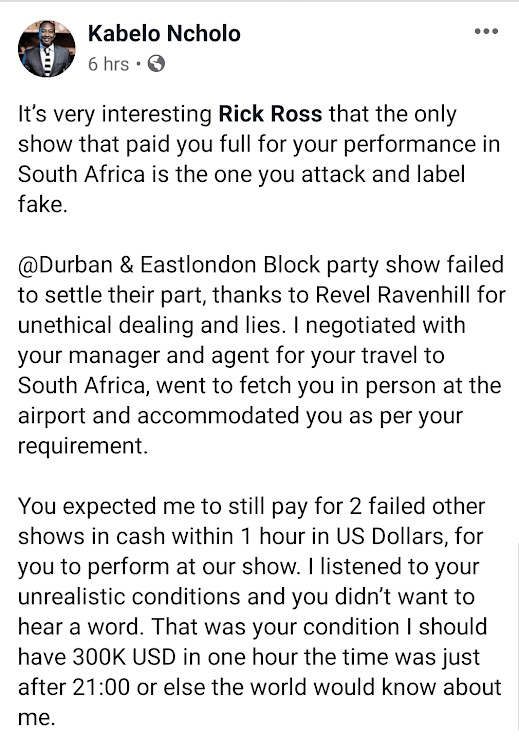 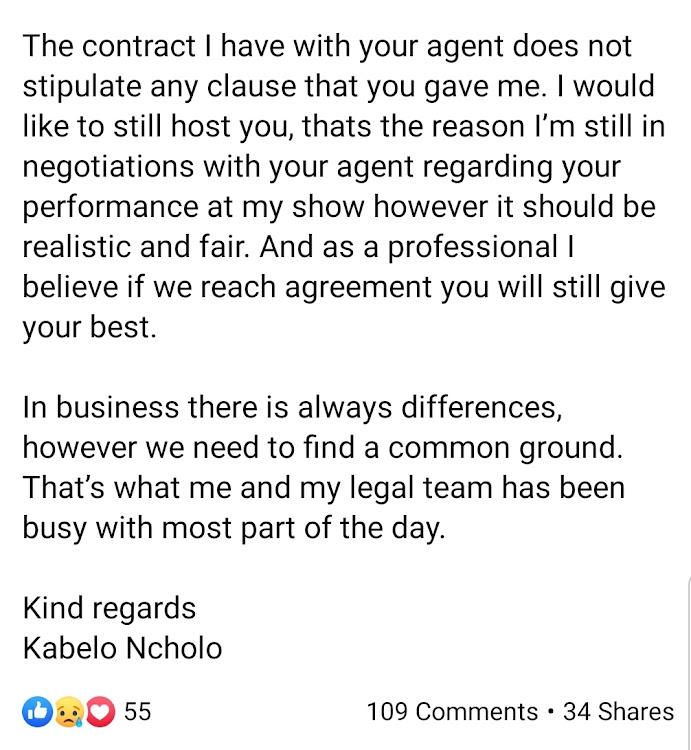