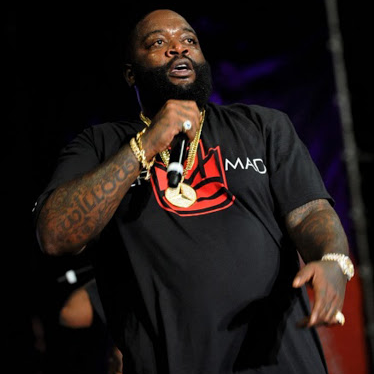 Rick Ross is in Mzansi for a music video shoot with Kwesta later this week and had the internet in a mess on Tuesday when he told all his thirsty fans to come slide past Checkers to meet him.

Dude had the internet all kinds of confused when he posted a video of himself asking female fans if they were going to Checkers.

#PressPlay: #RickRoss says he needs all the beautiful ladies to pull up to Checkers 😩😩

He probably meant the fast food restaurant in America‚ but local fans were speculating that he could mean our very own supermarket.

They filled his stories with comments asking if he wanted to meet them at the Checkers in town or if he was gonna be a lannie and visit a Sandton branch.

When you done asked for a ride to checkers 30x and this ya last attempt asking @RickRoss pic.twitter.com/ikwe0dqqkW

Others were just shocked at his request‚ especially when he asked for someone to hit him with a strange move.

He is the "leg inside out and lift their calf" kinda guy.

People were convinced he was out here making girls break their legs.

Rick Ross is the only celebrity snap I will genuinely check for. Too funny