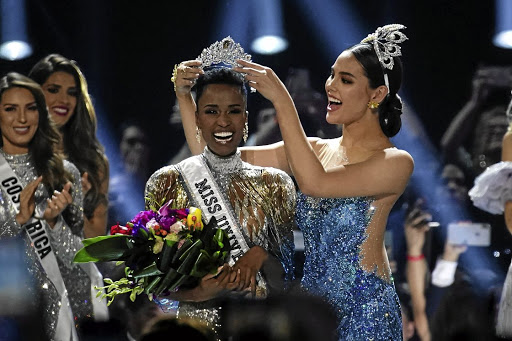 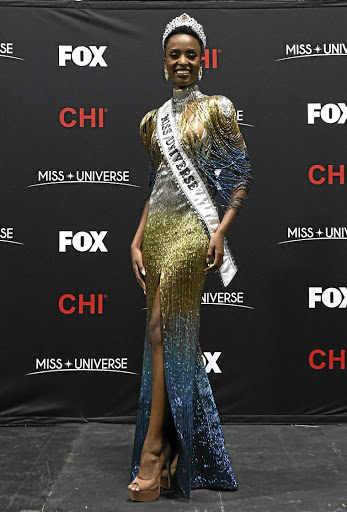 Zozibini Tunzi looked like a ray of sunshine as she was crowned Miss Universe early yesterday morning (SA time) at the Tyler Perry Studios in Atlanta, Georgia.

The Biji Gibbs ombré gown that the Tsolo-born beauty queen, 26, was wearing as she won was inspired by coastal sunrise in Eastern Cape.

"The inspiration behind it was to mimic the shimmering light that you get during sunrise - so basically sunrise over water. It was born from that concept, which is why we went for a dress with bugle beading so that we can get a watery effect," Gibbs explained.

"Because she's from the Eastern Cape, on that side of the country she wouldn't be seeing the sunset but rather sunrise.

"In keeping with some traditional ethnic elements we created the collar shoulder piece with the draping and ombré effect so that we get the heritage concept of her African roots."

Tunzi is the third South African to win the title, following in to footsteps of Margaret Gardiner (1978) and Demi-Leigh Nel-Peters (2017).

Through her confidence, TWA (Teeny Weeny Afro) and gender-based violence campaign #heforshe, she emerged as the frontrunner going into the competition.

"I think we are the most powerful beings in the world and that we should be given every opportunity and that is what we should be teaching these young girls to take up space. Nothing is as important as taking up space and cementing yourself."

A tearful Tunzi, after her win, thanked South Africans for their support.

"Everybody back home. My social media accounts have blown up during the entire period. I want everyone to know I am very grateful. I'm bringing back the crown for you all, for South Africa," she said.

"She is flying not only our national flag but also the banner for the global struggle against gender inequality and the crisis of gender-based violence and femicide," Ramaphosa said.

"Zozibini's call for the development of girls as the leaders of tomorrow and the empowerment of black girls in particular is one that should resonate and inspire action for gender equality in all societies around the world."

An official announcement on who will take over the Miss South Africa title will only be made once runner-up Sasha-Lee Laurel Olivier has competed at Miss World in London on Saturday.