Win at City a morale-booster for United before TKO final 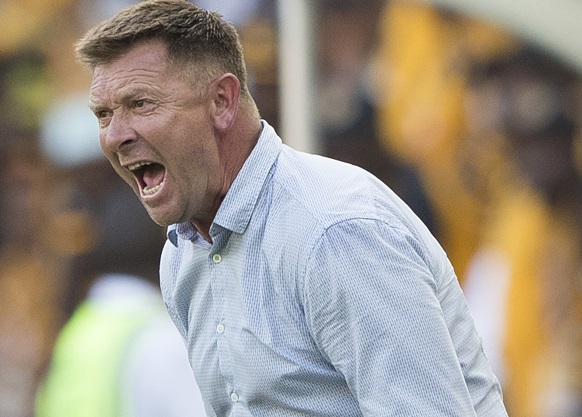 Maritzburg United coach Eric Tinkler has underlined the significance of heading into the Telkom Knockout final against Mamelodi Sundowns on the back of a victory.

The eagerly-anticipated TKO decider between Maritzburg and Sundowns is billed for Moses Mabhida Stadium on Saturday (6pm).

Leading into what's only their second cup final, the Team of Choice, who lost the Nedbank Cup decider to Free State Stars last year, hope to build on their weekend's 1-0 away win to Polokwane City.

It was Yusuf Jappie's solitary strike that handed Maritzburg the morale-boosting win, condemning Rise and Shine to their ninth consecutive defeat.

"I said [to the players before the Polokwane game], 'you know you come off a loss against SuperSport United. What you don't want is to go into that final after another loss because that would obviously dent your confidence'. So it was important to come to Polokwane and win because we know that will help us leading up to the final."

Ernst Middendorp slammed his players for their “huge attitude issue” conceding three goals in the first half‚ but praised Kaizer Chiefs for their ...
Sport
2 years ago

Tinkler, interestingly implied that reaching the TKO final was never top of their wish-list, a suggestion that may sound as a piece of mind games to some.

"I have said this before; the league is the most important thing for us. We set ourselves certain targets by December and the focus was primarily on that, now we will obviously turn our focus to the cup game," said the Maritzburg mentor.

The Team of Choice have conceded only eight goals, fewer than any other side, in 13 league games so far.

For their impressive defensive record, a lot of plaudits have gone to centre-back Rushine de Reuck.

However, Tinkler is treading carefully on praising his 23-year-old defender. The ex-SuperSport coach believes De Reuck still has a lot to learn.

"He's got a lot of qualities; I have said this to the press before. But I think we got to be careful that we don't overemphasise this because there's still a lot for him to improve on," said Tinkler.

"A lot that he can still improve on, like decision-making. On the ball he also needs to grow a little bit more confidence."

The pitch at the King Zwelithini Stadium in Umlazi has come in for heavy criticism after a bumpy surface ensured a poor quality encounter in the ...
Sport
2 years ago

Having guided four of the last five teams he coached to cup finals, Maritzburg United coach Eric Tinkler has every reason to beat his chest in pride.
Sport
2 years ago

There were many heroes on the pitch for Maritzburg United in their 2-1 Telkom Knockout semifinal victory over Kaizer Chiefs at the Mbombela Stadium‚ ...
Sport
2 years ago
Next Article