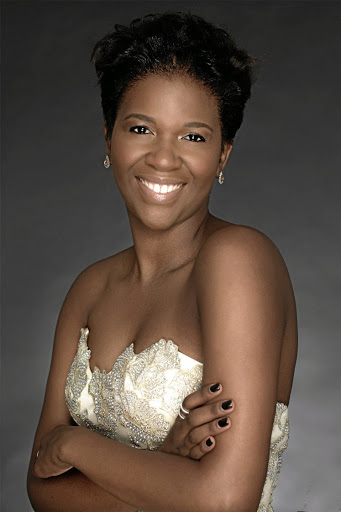 A successful music career is a dream for many artists.

Pity, some never pass even the first stage which is entry level or releasing the debut album.

But when one wins an award with his or her debut album, then it is remarkable.

One of those phenomenal stars is jazz vocalist Talie Monin.

Talie Monin, who studied jazz in France, walked away with the best female jazz artist at the South African Jazz Awards that took place at Sandton Convention Centre, on Saturday.

Talie Monin, who also performed at the event, giving guests a taste of what she is made off, received a thunderous response.

She tells Sowetan that music lovers were chuffed by her talent. "Many people were saying 'how come we don't know her'. For me, it is such an honour. Not living here and being away in Hong Kong and receiving so much wonderful feedback. It was special for me," she says.

About receiving an award, she says: "This is my debut album and it is quite new. To receive such a review was a pleasant surprise for me."

Her debut 24 Strathay is named after her home's physical address in Westerville, north of Durban.

Talie Monin says her album is a reflection of both her deep African musical roots and her long-standing love for the great American songbook and contemporary jazz.

"24 Strathay is the place where my earliest memories of music were created.

"It's where I was starting to sort of have a relationship with music; in terms of what do I like, what do I not like, the musicians that I'm drawn to.

"It's all there. So it felt right to me as a debut album to pay homage to that first time, to that first place and how it's propelled me further from there."

"I do love the standards, because of where I studied jazz. I also love music from the real book of jazz.

"But again, the influences are so rich and they speak to me so much that I put the elements into my music.

"I like to believe that I am a multicultural musician."

The mother of two, who has a French husband, says she got a pleasant surprise in Hong Kong when people showed appreciation of her music.

"I did not do not know what to expect but people welcomed me so warmly. The jazz scene is small but of quality and comprises so many diverse nationalities."