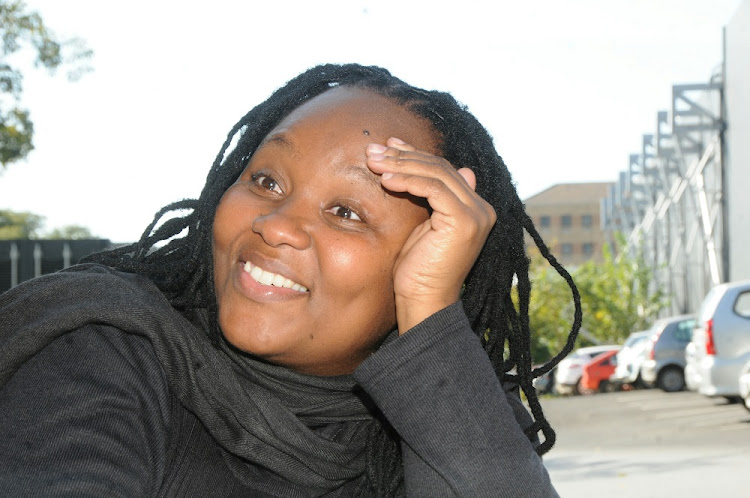 Former Yizo Yizo actress Charmaine Mtinta has the tough task of filling the bigs shoes of late actress Nomhle Nkonyeni in Scandal!. When Nkonyeni died last month, she was scheduled to film a big storyline that involved her much-loved and feisty character Lulama Langa.

After rewriting the scenes, as Sowetan previously reported, writers of the show decided not to recast the role, but rather have a sister to Nkonyeni’s character be introduced into the show.

Mtinta is being trusted with the new role that is just as equally feisty as Lulama's. “She played her part. I’m honoured to be on the show playing her sister,” Mtinta said.

“Sometimes I feel like I can see her on set just reprimanding me with that voice. Even when she reprimanded you the way she did, you knew it came from a place of love. She also spoke our language (Xhosa) so beautifully.”

Mtinta will make her debut as Nomfundo Langa on Thursday, August 23. The character is being described as someone that is very traditional, wears her pride on her sleeve and is not afraid to call a spade a spade.

“I want people to know first of all that I’m not replacing her. But what I can say is that Nomhle left me a legacy and sometimes the universe works in a funny way,” Mtinta said. “Obviously, I never anticipated that she will die [so soon] and many of us still wished to work with her … I was heartbroken.”

Even after having big roles in Generations and Isibaya, the 47-year-old actress is still remembered for her debut role as Nomsa in the first season of Yizo Yizo in 1999.

“I don’t mind it. It means I made a mark. I was very young. I don’t mind if until the day I die that I’m referred to as Javas’s Nomsa,” she said.