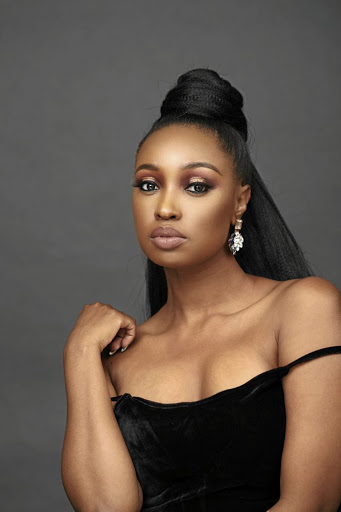 Phuti Khomo is accused of failing to pay her rent./Supplied

Former Miss Teen SA Phuti Khomo's life is not as rich and fab as she pretends it is on social media, according to her landlord.

The ex-Muvhango actress is in the middle of a nasty legal battle with businesswoman Marli Hoffman over a lease agreement.

Hoffman accuses Khomo of owing her more than R250,000 after she failed to pay rent for seven months - R210,000 for rent and R25,000 for utilities. This excludes the R60,000 that Hoffman intends to sue for legal fees she incurred.

The 35-year-old star has fired back at Hoffman's claims, calling them "baseless and without any merit".

"I did sign a lease agreement during June 2018 as a favour to a close friend but, regrettably, he could not keep up with lease agreement payments and he eventually evacuated the leased premise after my lawyers engaged Marli's lawyers in a brief discussion regarding the matter," Khomo said.

"I made a bad decision that has put me in a bad situation. I'm trying to solve [it] as best as I can through the law.

"Now I'm in this situation because of my friend. I'm also suing this friend and I'm trying to get that money. I'm not going to run away and our lawyers were corresponding."

According to Hoffman, who is based in Cape Town, the lease agreement for the three-bedroom Bryanston house provided for a R30,000 rental plus utilities.

"I have one rental property in Fourways and this one. This is the first time I have encountered a problem," she said. "I don't have R250,000 to give [away] because such money goes into the various projects that I'm currently busy with."

Hoffman accuses Khomo of failing to pay the rent on time from the get-go. She said that from December last year, Khomo stopped paying altogether.

"Because it's a new estate some of the other houses had [not been completed], so she complained that it felt like she's living on a building site... So I gave her 50% [discount] in the first month," Hoffman said.

"[Whenever] it was time to pay rent she would complain about security or the gate remote."

In January, Hoffman served Khomo with a letter of demand and ever since her lawyer has been trying to secure the outstanding amount as part of the eviction process.

To Hoffman's knowledge, Khomo continued staying in the house until about two weeks ago, after promising to settle the outstanding amount on several occasions.

In May, Khomo was served with summons that Sowetan has seen, interdicting her from removing any of her belongings from the house. According to Hoffman, Khomo violated the interdict when she moved all her belongings.

Hoffman told Sowetan she planned to open a criminal case against Khomo over this.

Khomo denied that anything was removed from the house.

"Given Marli's current position, as detailed in her allegation, I have now instructed my lawyers to cancel all negotiations and immediately oppose and defend any action and application instituted by Marli," Khomo told Sowetan.

"I'm now certain that I will sue Marli Hoffman for reputational damage caused.

"I don't understand her end-game by taking me to the papers.

"Yes, a friend defaulted and there is no problem with her coming after me through the law.

"But [why do it] in public like this, what is she trying to achieve? I think she has a problem with my lifestyle."

'Why men are scared of me'

WE KNOW that the Durban July is not a fashion show. At the same time it's not a costume event. It's important to be practical: anyone who comes to ...
Good Life
9 years ago
Next Article