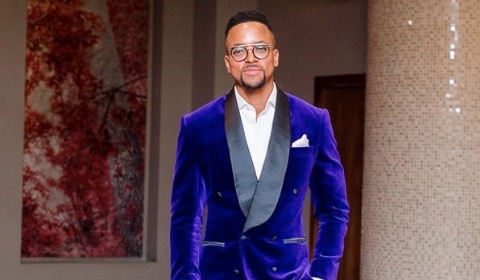 Twitter was not convinced that Maps found his look alike.
Image: Instagram/Maps Maponyane

Everyone knows that there's just no chill on these social media streets.

So it's not surprising that when Maps Maponyane tweeted about meeting his long lost twin brother, Twitter went in hard.

A guy named Ridovhona tweeted about people always confusing him for Maps.

"I really don't know why people always confuse me for Maps Maponyane. For the record guys, I am not Maps and we're not even related," Ridovhona said on Twitter.

Then coincidentally Maps bumped into Ridovhona recently at the airport and they took a picture together.

Look who I bumped into at the airport, my 'Look alike' Ridovhona ????? pic.twitter.com/853VBtz8aB

Tweeps then filled the post with comments about how there was absolutely no resemblance between them. Awks.

He is more of a Tito Mboweni look alike

Yes he does look like TM not at all close to look like Maps. Ke a gana !

No look alike here for me... pic.twitter.com/hep5M8yz8E