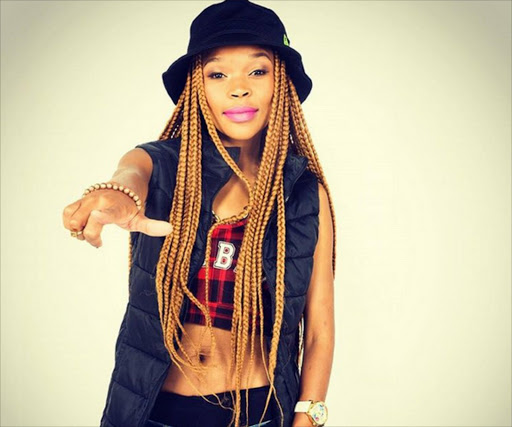 The EFF has extended an olive branch to rapper Fifi Cooper who is currently embroiled in a legal battle with her former record label‚ Ambitiouz Entertainment.

Taking to its verified Twitter account on Tuesday afternoon the political party announced that it had offered its help to Fifi to fight the "exploitative record company".

The party labelled the court interdict‚ which in part prevents Fifi from performing any of the songs she recorded under the label as an "injustice".

"We have contacted Fifi with the willingness to help her fight back against the corrupt and exploitative record company‚" read part of the tweet.

This after Ambitiouz Entertainment released a statement on Monday announcing that they had secured a court interdict against the rapper.

We are always on the side of the weak and the dejected. Wipe your tears African Girl, very soon you will sing your beautiful songs again. Proper legal team is assembled to help #FifiCooper against the powerful. #JusticeForFifiCooper pic.twitter.com/uMiRMOZpHs

Fifi left Ambitiouz in February 2017 along with A-Reece and BenchmarQ after a contractual dispute with the label. Ambitiouz later issued a statement announcing that the matter would be going to court. In March‚ the artists responded to this claiming that the label never owned their work.

Fifi told TshisaLIVE on Monday that was still trying to make sense of the ruling.

"I cannot comment at the moment. I am like a lot of my fans right now and I don't understand everything that is going on. I am trying to make sense of it myself and then I will comment. Right now‚ I just want to focus on my music‚" she said.

Twitter responded positively to the offer on Fifi's behalf‚ thanking the political party for stepping in.

Fifi interdicted for copyright infringement
News
3 years ago
Next Article