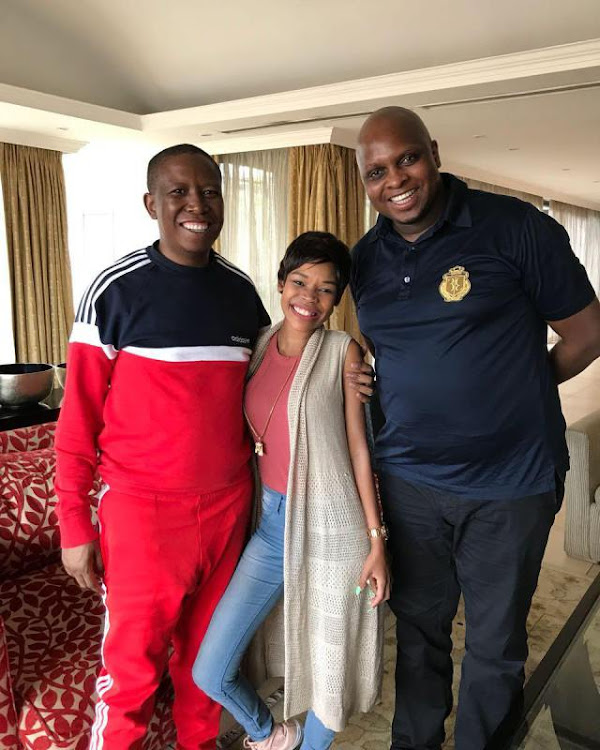 The artist, real name Refilwe Mooketsi, had been twiddling her thumbs since November after her former record label Ambitiouz Records slapped her with an interdict, barring her from performing any material she created under their management.

The beef between Cooper and the record company started earlier last year when she announced her resignation from the stable without a valid clearance certificate, as she was still contracted to them.

After the public fallout that saw her frozen out of the music scene, Malema entered the fray in February, using his party's lawyers to help Cooper.

The two parties have since reached an out-of-court settlement that will see the talented Queen of motswako return to the music scene with a new album next month.

Speaking to Sunday World yesterday, the excited Cooper said she couldn't wait to drop her 18-track pot boiler that would be her own record stable's first project.

"The album is titled Take Me Back and will be released by my own label, MòCooper Records," she said.

"I called it Take Me Back because in it, I am going back to my roots of motswako. I did different things in the past because I was not in control of my creativity but now that I am my own boss, I will stick to what I know best."

Asked if she wrote any songs for her new album to reflect on the turbulent past year, Cooper said: "I always write music based on my personal experiences, that's how I have conversations with my fans. Yes, there are a couple of angry songs in there."

The 27-year-old said she survived the tough months by doing other creative work.

"Obviously a lot of promoters and event organisers didn't book me anymore because of this mess. But I'm a survivor . been working with Converse for the past year and I presented a show on SABC1 last year," she said. "I have a son to support back home, so I will always have a way to make money besides music."

The Kuze Kusehit maker said she planned to drop her new album in August to coincide with Women's Month.

"I am working very hard to make it happen. It is not easy because the legal issue took a lot of time away from my hands. I was always in meetings with lawyers instead of doing my real work like negotiating with distributors and so on.

"I want the album to be released in August as my way of saying RIP to Mama Winnie [Mandela]. I appreciate her teachings and it is interesting that . women like me are still going through our own struggles," she said.

She singled out Malema for helping her: "I am grateful for what Julius and his team did. Otherwise my career could have ended."

EFF spokesman Mbuyiseni Ndlozi said: "Our interest was on Fifi Cooper, whom we believe was being treated unfairly. We wanted to free her from these record companies, which make them sign contracts that drain and milk them dry. If she is happy, we too are happy."

Ambitiouz Entertainment spokeswoman Gaba Sebego confirmed the two have now parted ways amicably. "We wish Fifi Cooper the best in her new journey and all future endeavours," she said.

Cooper can now publicly perform all the ditties recorded under her former record label.

EFF has extended an olive branch to rapper Fifi Cooper, currently embroiled in a legal battle with her former record label.
Entertainment
4 years ago
Next Article