Ndumiso Lindi and Tumi Morake - ‘Married…but not to each other’ 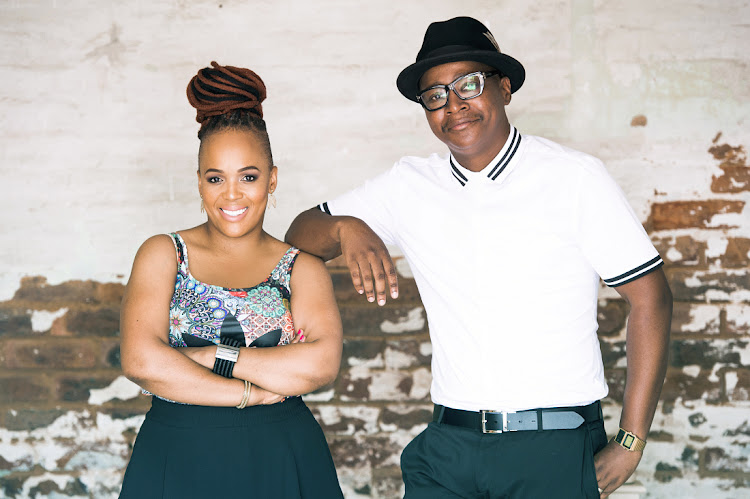 Ndumiso Lindi and Tumi Morake are taking their rib-cracking, hilarious new stand-up show, ‘Married…But Not To Each Other’ across South Africa.

The show is a hilarious take on the roles and regulations of marriage and the pothole-laced roads the sexes have to navigate.  It’s not just about marriage.  It is about the world that these marriages have to survive in.

Sowetanlive caught up with the funny pair to get a glimpse into their marriages and what to expect from their upcoming shows.

SL: What would the movie version of your marriage be called?

Ndumiso: I would call it “Take the Blame And Be Happy”

Tumi: Sleepin With The Right People

What was your wedding song and who chose it?

Ndumiso: It was a medley of about 5 songs. From Louis Armstrong to Mdu to Beyoncé just to mention a few. And we had a dance routine prepared for each song.

Tumi: John Legend - Take Me Away

SL: What is the strangest thing your spouse ever bought for you?

Tumi: Some funky French bracelet thing that I did not understand.

SL: What do you guys mostly argue about?

Ndumiso: Funny enough it’s always about the small stuff like clothes on the floor or running late.

Tumi: Which movie to watch

SL: What is your spouse's most irritating habit?

Ndumiso: Her loud commentary while we’re watching something interesting on tv, whether it’s a movie or reality show. I find myself having to rewind to catch a few lines.

SL: Who is your partner's celebrity crush?

Ndumiso: It’s never the celebrity but the character the actor plays e.g Not Channing Tatum but she has a crush on Magic Mike. I don’t know if that makes sense

SL: Who takes longer to get dressed?

Ndumiso: She takes the cup... all the time “I’m still doing my face beat” ... com’on, how long does it take to beat your face?!

SL: Between the two of you, who is the money spender and who is the saver?

Ndumiso: We both save but the spending comes in different levels, like she spends on a lot of small bargain items while I spend on one expensive item. Things for guys are always expensive but they last longer.

Tumi: He is the saver, I am the spender

SL:  What do you wish people knew about marriage?

Ndumiso: It’s not a Sprint it’s a marathon. Life might be short but marriage is long. Take time to know and appreciate each other.

Tumi: Each marriage has its own unique fingerprint so do not let other people's sticky fingers try to point it in directions they think a marriage should be.

SL:  Why should people come to your show?

Ndumiso: It’s a good Date night filled with laughs. Also people relate to what we talk about on stage because they realize everyone deals with the same things.

Tumi: It's fun ‘relationshipping’ night out; something funny yet relatable and educational.

Tickets are available through Computicket.