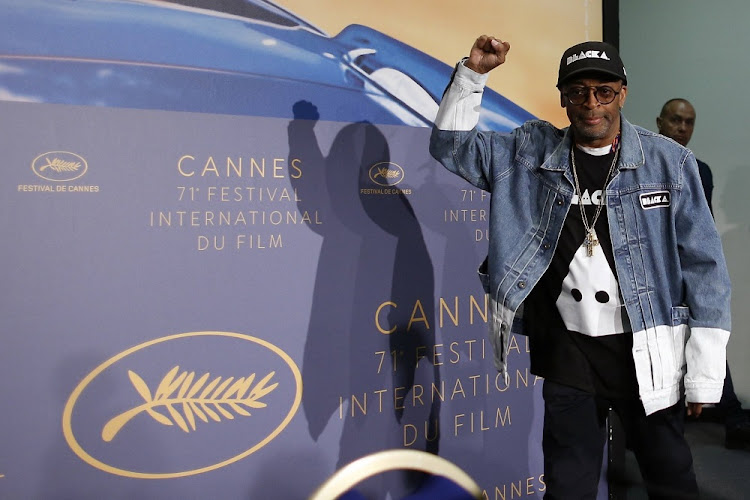 Spike Lee’s satirical movie about the Ku Klux Klan may be set in the 1970s, but it is really about the deadly racism that is still prevalent in the United States, the director said on Tuesday in Cannes.

“BlacKkKlansman“, based on the true story of Ron Stallworth, a black police officer who infiltrated the Colorado Springs chapter of the KKK, stars John David Washington, son of Denzel, and Adam Driver who plays the white officer who helps him pull off the subterfuge.

At the end of the film, satirical comedy gives way to news footage of the far-right rally in Charlottesville, Virginia last August where counter-protester Heather Heyer was killed, and clips of President Donald Trump blaming “both sides” for the violence.

A quietly furious Lee used a news conference in Cannes to express his opinion on that.

“That motherf****r was given a chance to say ‘We are about love and not hate’,” he said.
“And that motherf****r did not denounce the motherf****ng Klan, the alt-right, and those Nazi motherf****rs. It was a defining moment and he could have said to the world, not the United States, that we were better than that.” Two days after the event, Trump said the KKK and similar groups were “repugnant to everything we hold dear as Americans“.

Kenyan authorities have banned a film that tells the love story of two women on the grounds that it promotes lesbianism but activists said the ban ...
News
3 years ago

That was too late for Lee: “This film to me is a wake-up call,” he said.
“Because we’ve gone for the “okey doke“, walking around in a daze, and stuff is happening and it’s topsy turvy and fake has been trumpeted as truth.

“That’s what this film is about and I know in my heart, I don’t care what the critics say or anybody else, we are on the right side of history with this film.” At the

“BlacKkKlansman” premiere, the audience laughed and applauded scenes in which KKK members use distinctly Trumpian rhetoric, saying, for example, that purging the country of ethnic minorities would “make America great again“.

IndieWire critic David Ehrlich said: “Far more frightening than it is funny (especially after Lee connects the dots from Colorado Springs to Charlottesville), “BlacKkKlansman” packages such weighty and ultra-relevant subjects into the form of a wildly uneven but consistently entertaining night at the movies.”

The film marks a return to Cannes for Lee almost 30 years after “Do the Right Thing” missed out on the Palme d’Or.
“BlacKkKlansman” is in the running for this year’s prize, set to be awarded on May 19.