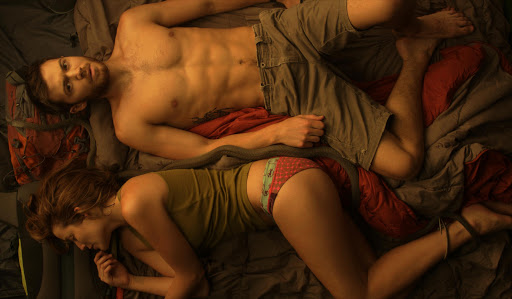 A still image from Serpent, the Anant Singh-produced movie that will open the Durban International Film Fest. Picture supplied

Last year the festival was overshadowed by controversy when a Singh production‚ Shepherds and Butchers‚ was unceremoniously removed from its opening night slot because of the “graphic” and “controversial” nature of the topic.

The film dealt with the 4 000 hangings that took place during apartheid‚ from the perspective of a white hangman.

The incident saw the manager of the festival‚ Sarah Dawson‚ quit her post‚ citing interference by the University of KZN that houses the prestigious film festival‚ and Singh. This was denied by both parties.

Singh later withdrew the movie in its entirety from the festival‚ stating the alternative time slot it had been given unsuitable. Shepherds and Butchers won an Audience Award at the 2016 Berlin International Film Festival.

This year Videovision will be screening four movies at the festival. This includes the opening night’s Serpent‚ a thriller about the interaction between a husband and his unfaithful wife who are trapped in a tent with a black mamba.

Serpent is a feature debut from writer-director Amanda Evans. This will be its South African premiere after it got its international premier at the Cannes Film Festival.

Sanjeev Singh‚ director of distribution and acquisition at Videovision‚ said the film festival had taken a conscious decision to feature more accessible and high-profile films at its opening.

“It’s a different approach‚” he said. “Even Cannes‚ the greatest film festival in the world‚ open with highly commercial films. In 1992 they opened with Basic Instinct.”

Videovision has produced more than 80 feature films over the past 30 years.

The 38th Durban International Film Festival runs from 13 to 23 July at venues across the city.