Thobani's heartbroken mom still waits for her son to call 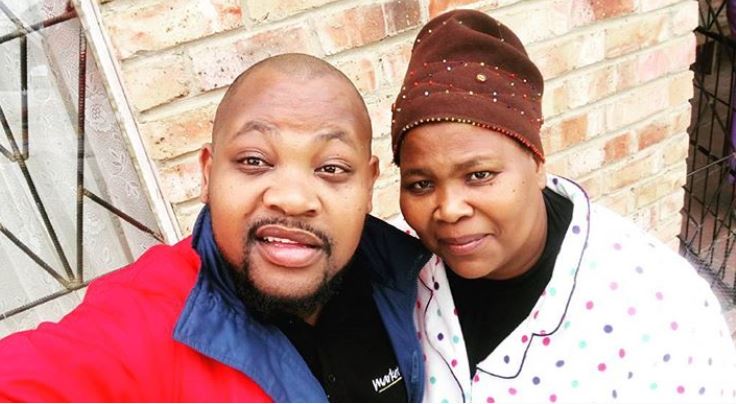 Thobani Mseleni's mother lifts her eyes from the floor to look up. She is seated in a room filled with mourners. These eyes have shed countless tears of sorrow and pain in the days since her son died.

Thobani was killed in a horror car accident outside of Queenstown on April 28‚ alongside Akhumzi Jezile‚ Siyasanga Kobese and two others. His mother‚ Nomawethu‚ first heard the news of her son's death from friends and relatives who had seen it posted on social media.

"I got a lot of calls. Some people saying he is dead‚ some saying no‚ he is alive. When I heard them speak‚ I couldn't allow myself to think that he was gone because he had just left here (two week earlier). But as the calls kept coming‚ one confirmed he was dead.

"I still don’t believe it now. My heart aches a lot. I have not yet accepted that Thobani is dead because he was everything to me."

Zahara is preparing to go down to the Eastern Cape so she and her family can support the Mseleni family as they bury Thobani on Saturday.
News
3 years ago

Thobani's love for his mother is evident from the home he helped build and fix for her in Fort Beaufort. He would call her every day. Near a framed picture of her son‚ hanging on the wall proudly‚ his mother still sits next to her phone hoping it is a bad dream and he will call today.

"Thobani loved me and I don’t think that there was anyone who loved me more than him and I loved him. He used to call me all the time ... He called me every day. It is hard not to get those phone calls. I don’t know what I am going to say or do now‚" she added.

Thobani had been with her just weeks before‚ dealing with his own difficulties in trying to find more gigs as an actor‚ and promised to return at the end of May. As the end of May draws nearer‚ the reality of his death becomes more real for his mother.

"I am thankful for the time that I had with him. He was at home a lot. He stayed here and we would talk for hours. There was so many things that we spoke about with Thobani that we planned to do. At the end of May he was going to come back to do the things we planned‚ but now he is no more‚ I don’t know what I am going to do. The pain that I am feeling now‚ I don’t even know how I am going to do the things we had planned."

His aunt‚ Thozama‚ who remembered him as a bright young boy who always wanted to be a star‚ broke down as she showed TshisaLIVE the room Thobani slept in growing up.

"He was here just a few weeks ago‚ this very spot‚ motivating us. He always motivated us‚" she said as her voice crackled with emotion.

It was this motivation and love for family that will always be remembered by Thobani's mother.

"There is a lot of things that I am going to remember him for. A lot of beautiful things. He had taken the role of being a father to his younger brother‚ Leyema‚ and supported me when I needed him‚" she says‚ to soft sobs from those in the room.

In an interview with TshisaLIVE, Thobani Mseleni’s mother, Nomawethu, spoke of the close bond she and her son had and she has yet to come to terms with his death. Subscribe to TimesLIVE here: https://www.youtube.com/user/TimesLive

'I didn't recognise my beloved son. I had to go in and check for him closely.'
Entertainment
3 years ago
Next Article