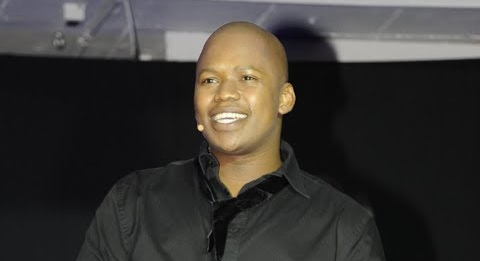 Akhumzi's mother's younger brother Fologi was overcome with emotion as he reflected on the TV star's last few days with them.

Fologi recalled how Akhumzi told them last Friday that instead of traveling to the Eastern Cape by plane‚ he would take a road trip with his friends.

He said that there was a ceremony at home on Saturday and their mom asked Akhumzi to bring scones and biscuits.

However‚ on the Saturday morning they received the dreaded phone call about the accident and was faced with the most difficult task of identifying Akhumzi.

"A truck carrying a car went into them. They managed to escape it but the trailer went after them. Cutting the top of their car. They all died immediately."

Fologi said it was devastating to identify Akhumzi's body.  "I didn't recognise my beloved son. I had to go in and check for him closely".

Meanwhile‚ Akhumzi's best friend of 11 years‚ Musa Mtombeni broke down with emotions as he spoke about the gaping hole in his heart.

"One week ago I received a call that changed my life‚ and since then I've been spinning in confusion. I find it very hard that all this is happening. I've distracted myself‚ comforted others and have done anything not to accept that my best friend is no more."

Musa said when he found out about Akhumzi's death he was sad‚ disgusted‚ angry and surprised‚ but that the emotion that overpowered all of that was his love for Akhumzi.

"Out of all the emotions I have felt this week‚ I will thank God for the 11 years of friendship and brotherhood you gave us.  As you lie there‚ I want you to know I love you Akhumzi."

Akhumzi‚ Siyasanga Kobese‚ Thobani Mseleni and two others were killed after they were involved in a head-on collision outside Queenstown last Saturday morning.

AKhumzi will be laid to rest at Westpark Cemetery.

* Story edited to say Fologi is Akhumzi's uncle and not his brother as stated earlier in the article.

Those close to Akhumzi pay their last respects to the fallen star.
Entertainment
3 years ago

'This is not goodbye‚ sleep well my angel' - Akhumzi's mom

Joyous Celebration founder Lindelani Mkhize has confirmed to TshisaLIVE that three well-known personalities were killed in the car accident that ...
News
3 years ago
Next Article