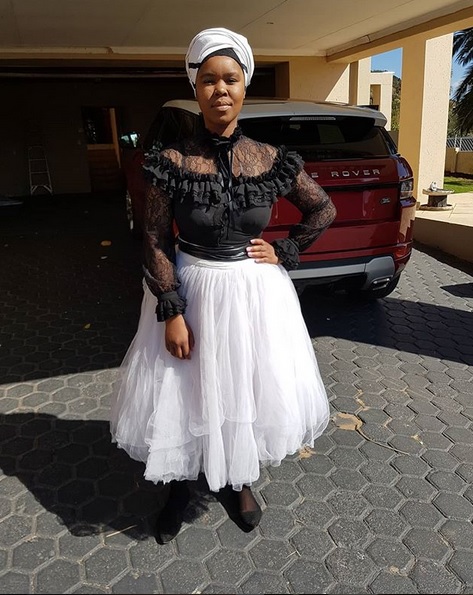 Zahara is preparing to go down to the Eastern Cape so she and her family can support the Mseleni family as they bury Thobani on Saturday.

Family and friends‚ as well as industry mates were at the actors memorial on Wednesday to remember the life of Thobani‚ who died in a fatal car crash.

Among the many people who poured their hearts out at the memorial held at The Market Theatre was Zahara‚ who gave an emotional performance in his honour.

Thobani's family shattered by his death: 'His little brother and mother are taking it the hardest' "It is hard to tell how he feels but you can see he is shattered."

Speaking to TshisaLIVE‚ Zahara said she wasn't very close to Thobani‚ but she felt compelled to be there to celebrate him because she knew he had touched many people with his life‚ including her family.

"Thobani was the kind of person who respected people and I know that that is why my family loved him so much. He was a joy to be around and that is why I went to celebrate his life. Not only for me‚ but also for my family. I will be leaving for Eastern Cape because I know my parents will want to attend his funeral too."

Zahara explained that Thobani had met her family on one of the many times he found himself shooting in the Eastern Cape.

She said she knew from the interactions she's had with him since then that he was special to her family and had fostered a relationship with her small cousin.

"My parents and the kids at home loved him. The four-year-old at home saw the news of his death on TV and he called me to ask if it's true. Thobani used to entertain his love for bodybuilding and he was heartbroken when I told him he's really gone."

Thobani Mseleni's last weeks: Things weren't going well but he didn't give up "He was so excited. He told me he would give me all the details later‚ but that day never came‚"

Zahara said she admired how‚ even in death‚ it seemed Thobani managed to bring unity.

"He was humble and he really loved. You always learnt something if you sat with him. Like one of the last conversations we had‚ he was talking about how it makes no sense to dwell in sorrow when you can just focus on joy. He said‚ 'Hai maan mntase‚ if you can't change things‚ then change the way you look at them.'"

Thobani was one of the five young people who lost their lives in a fatal car crash.

Jabu Hlongwane took to the podium at Siyasanga Kobese's memorial service‚ his speech stirred bittersweet emotions amongst mourners.
News
3 years ago
Next Article