'I am pretty chuffed, I was not expecting that' - Cici on her Sama nomination 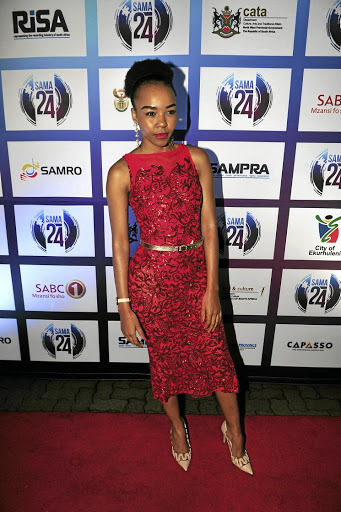 Cici is nominated for the best R&B/soul/reggae album gong for her self-titled album Busisiwe against Thami, Afrotraction, Thabsie and The Nameless Band.

"I am pretty chuffed. I was not expecting that, so it came as a great surprise. I know I put a great body of work out there and I put my heart on my sleeves, but it's not up to me to make a decision.

"So, I am just glad that the entertainment industry saw me fit to qualify for a nomination," Cici said.

This is her second album since her dramatic split from ex-boyfriend and former manager Arthur Mafokate last year.

Cici said her relationship with Mafokate has changed since the trial.

"I just stopped acknowledging his presence in my life. He plays no particular role in my life. We crossed paths before at the Sama nominees party.

"I think I am more disappointed in the man that he is. I was raised by a manly man myself and a man always acknowledges his mistakes and life moves on, but instead it was something else that was not meant to be, but it is what it is."

Cici said she was hoping that her current album will do better than the previous one.

"The previous did okay. I think by the time I put it out there I was on my way to parting with the company, so we didn't really invest much time in trying to promote the
album. So, I think this album in particular will do better than the first one," she said.

Cici and Mafokate will appear at the Midrand Magistrate's Court today on an assault case following an altercation at Mafokate's Midrand home.

The 999 Music boss allegedly dragged Twala with his car, leaving her bruised and with a broken pelvis area.

"I am taking it day-by-day, I am okay. I am speaking to people, so that is great.

"I am seeing someone, so for me what is really important for me is to take care of what is happening on the inside.

"What you see and what you hear in my music is me putting my heart on my sleeves. When I am happy you will know and when I am sad you will know," she said.