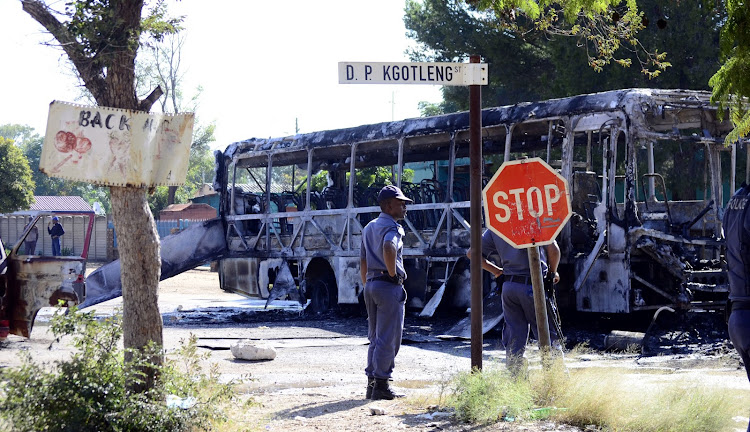 Mahikeng protest over the removal of Supra Mahumapelo as the Premier of North West turn violent.
Image: Tiro Ramatlhatse

In its 2017 financial report‚ the company said it paid over R760-million in claims‚ up by 30.8% from the previous year. Insurance claims related to violent protests and riots swelled 31% in the past year.

The country has been battling with student protests at the beginning of the academic year and also service delivery protests‚ which both left a trail of damage to buildings and other infrastructure.

According to Sasria‚ the biggest insurance claims came from student and service delivery protests. The actual number of claims increased by 22% and the severity increased by 29%.

Service delivery and student protests remained the biggest drivers of the claims at over R300-million.